With 10M dollars in hand, the founder of this Kroger banner launches a new chain combining the industry's finest 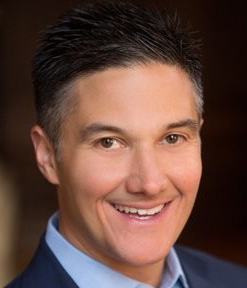 “Dom’s will be a neighborhood destination where consumers can drop in several times per week, explore new foods, watch the cooking process in open preparation areas, participate in a wine tasting class, dine in, or take home prepared foods or cooking ingredients,” said Jay Owen, who is partnering with Bob Mariano and Don Fitzgerald on the new venture, in a statement obtained by Crain’s Chicago Business.

The $10 million investment funding the new grocery chain was provided by Chicago-based venture capital firms Valor Siren Ventures and Cleveland Avenue—the latter of which is led by former McDonald’s CEO Don Thompson, a major investor in Beyond Meat. A mighty group of investors supporting Dom’s Market & Kitchen’s spells out ground-breaking innovation to me.

The news report explained that Dom’s Market & Kitchen will consist of small-format stores spanning urban neighborhoods and offering a variety of grocery and specialty food items, including meal kits, take-home meals, and dine-in meals prepared in an open kitchen. Grocery goods and meal kits will be available for delivery.

The chain, which is slated for a March 2021 opening, will kick off at a yet-to-be announced location in Chicago’s Lincoln Park area.

Exciting times ahead for the retail industry! Keep reading Deli Market News as we cover the latest.