Backed by 30 years of professional accomplishments, one of the cheesemaker's key leaders receives this special honor

The Rogue Creamery team is adding another award to its list of distinguished honors as President and Lead Cheesemaker David Gremmels has been recognized at the highest level of artisan makers in the country with the American Cheese Society (ACS) Lifetime Achievement Award. 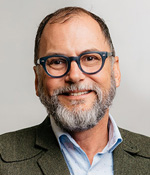 “I am humbled, honored, and inspired by this recognition. I have not only found my community, extended family, and friends through the American Cheese Society, but my life’s work,” said Gremmels. “I am grateful to Rogue Creamery’s team and the cheesemakers and mongers, buyers, brokers, and representatives that share our progressive story each day.” 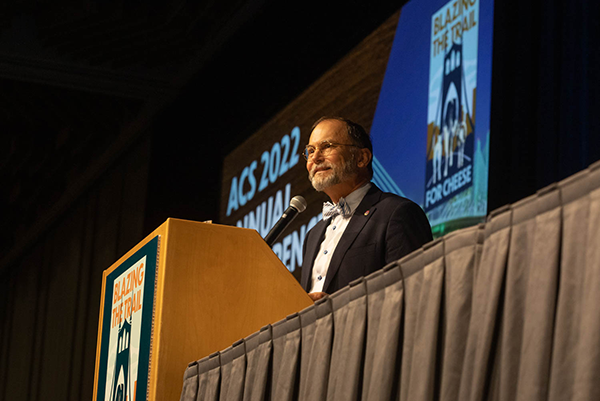 “In my life and business, I’ve always led with three words: safe, healthy, and positive,” commented Gremmels in his acceptance speech. “And it was during a session at the American Cheese Society conference in Providence that I was inspired to add one more term to that vision: other-centered… These five words together, they guide me. I invite you to please join me in making a difference that is safe, healthy, positive, and other-centered.”

Gremmels boasts more than three decades promoting cheese and a 20-year career at the helm of Rogue Creamery. He has led many initiatives for his company and the cheese industry, both domestically and abroad. In addition to serving as a former President and Chair of ACS, he helped launch the American Cheese Education Foundation (ACEF), founded the Oregon Cheese Guild, and created the now nationally recognized Oregon Cheese Festival. 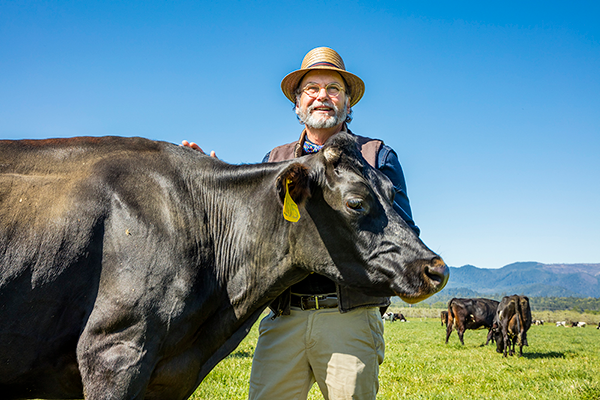 Additionally, Gremmels was essential in facilitating the first-ever export of raw milk, U.S.A.-made cheese to Europe, and he made history when Rogue Creamery’s Rogue River Blue was honored as the World Champion Cheese at the World Cheese Awards. 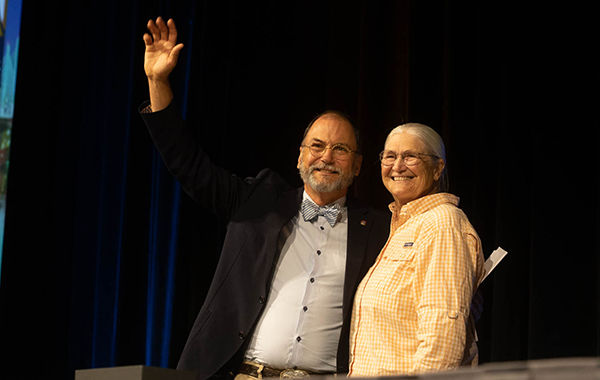 Over the course of Gremmels’ storied career, Rogue Creamery has also won two ACS Best of Show Awards, a SIAL Innovation Award, and dozens of other honors. And every step of the way, David Gremmels and his company have influenced a dedicated community of cheesemakers and cheese lovers all over the world.

Congratulations to David Gremmels for his accomplishments and this award recognizing his efforts!