Rolling out a new line of imported cheeses, the dairy supplier elevates the legacy of this distinguished brand

Hitting the century mark as a brand is no small feat, and to ring in this exciting milestone, Saputo Dairy USA has launched a new line. Celebrating its Stella® brand’s 100th anniversary, the dairy supplier has revealed two new imported Italian cheeses to honor the brand’s legacy.

As Stella Cheese comes up on its 100th year, the brand is reflecting on the full-flavored, traditional recipes that spurred its success with its new cheeses. The Stella Import collection is the embodiment of its heritage, featuring rich, flavorful cheeses that will transport consumers back to northern Italy where the brand’s journey began. 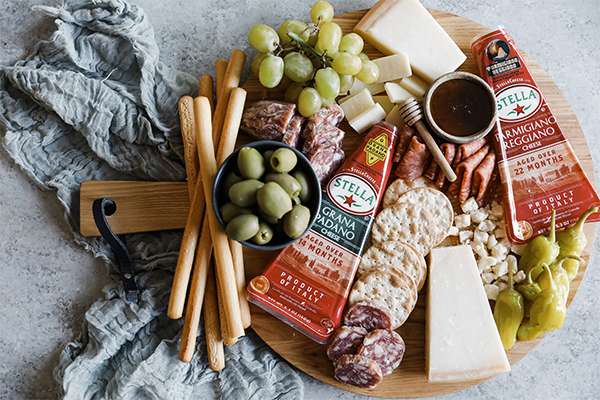 Included in this new line are:

The new PDO-certified Parmigiano Reggiano and Grana Padano cheeses imported from northern Italy will be available to sample at the upcoming Winter Fancy Food Show in Las Vegas, Nevada, February 6–8, according to a release. At the show, Saputo will showcase these new items as well as other new branded items from its portfolio including Montchevre® goat cheese, Vitalite® plant-based cheese, Cathedral City® cheddar and, new to Saputo—Wensleydale® English Cheddar.

I, for one, cannot think of a better way to ring in a celebration than with new cheese varieties! So, give you shoppers the chance to join in the excitement by adding Saputo’s new Stella Import collection to your dairy case.