It's spooky szn, but more importantly, it’s Trader Joe’s season! The cult retail icon is working hard all through the month of October to open new store locations across the country, and us here at Deli Market News along with the Trader Beaus couldn't be more excited.

This week, Trader Joe's will open a location on Friday, October 25th in Boston, Massachusetts. According to NBC Boston, this marks Trader Joe’s first location in the Seaport neighborhood and its second in the city of Boston.

Last week, on October 17th, Trader Joe’s opened its second store in the Boise area, targeting Meridian, Idaho, as its new home spot in the Gem State, according to Idaho Statesman. The new location occupies 17,000 square feet of the former 60,000-square-foot Rosauers, which is larger than the first Boise store (the first TJ's in Idaho). 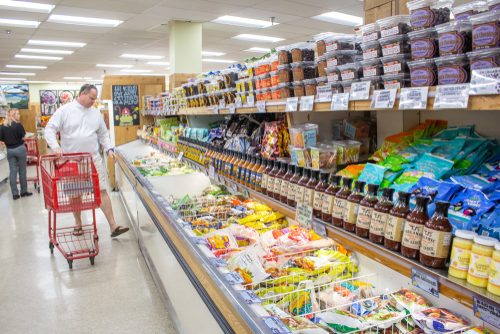 The retailer is then closing out a whirlwind month with two more stores slated to open in New Jersey, with an additional two on the way. Ocean County welcomed its first Trader Joe’s on October 17th, while Denville will be joining the opening festivities this Friday, October 25th. According to News12 New Jersey, the grocery chain also plans to open more locations in Cherry Hill and Bridgewater, adding to its 13-store-strong network in the Garden State.

With so much going on for Trader Joe's in October, how is November shaping up for the fresh format grocer and also the grocery retail market? Deli Market News will continue to report on all the latest retail happenings.