Launching a new division, the organic grocer flips the script on this traditional retail partnership

Amazon is narrowing in on its goal to become a powerhouse grocer, constantly launching new initiatives to fortify its position. The e-commerce giant recently announced another one of its plans, teasing an all-new delivery program for Whole Foods Market stores called Shop and Deliver, set to rival major competitors like Instacart.

According to Amazon’s site, Shop and Deliver is a new program where Amazon Flex delivery partners shop at Whole Foods to then deliver orders to customers. These Flex drivers would be independent contractors, much the same as other delivery service providers like Instacart or Uber. 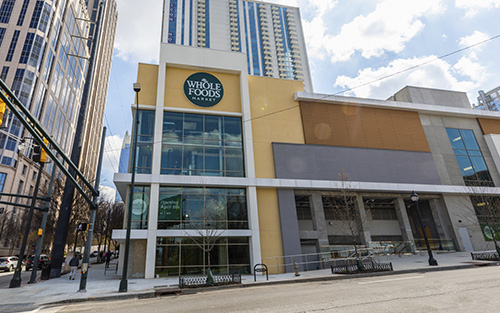 The move may reduce the online retail giant’s reliance on employees who are eligible for medical insurance, sick pay, and other benefits, according to Bloomberg. This will cut out an intermediary in the process because the Flex drivers themselves, rather than Amazon or Whole Foods employees, will do both the shopping and delivery. Amazon has also provided a guide to help hopeful Flex drivers how to purchase items by weight such as deli or meat packages or bulk items.

Is this program the beginning of an all-out delivery battle? Stay tuned as we at Deli Market News report.