Reports: Is Ocado Looking to Partner with Marks & Spencers?

Which struggling retailer may be utilizing the strength and know-how of this Kroger-backed company?

Ocado, the U.K.-based “online supermarket” that announced a potentially transformative partnership with Kroger last year, may be eyeing a new partnership across the pond. This time, the online retailer may be partnering with struggling retailer Marks & Spencers. A partnership with Ocado, The Mail on Sunday first reported, may give the retailer a chance to pull itself out of the grocery hole—potentially at the expense of rival retailer and current Ocado partner Waitrose.

The contract between Waitrose and Ocado is set to dissolve in September of 2020, and if M&S succeeds in negotiating in “talks between top executives,” it could acquire “key distribution centres, delivery vans, and lorries” from Ocado. 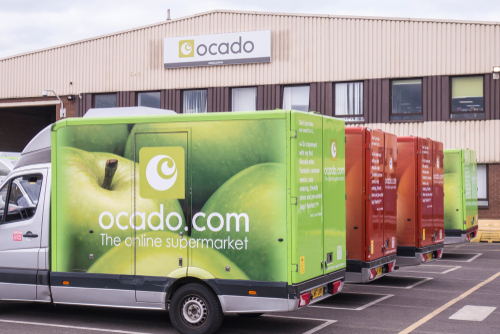 M&S has been hitting a wall, so to speak, when it comes to expansion plans. The retailer plans to close 100 stores by 2022 as part of its latest bid to halt a decline in its revenue. Although it has thus far been fairly quiet on the grocery delivery front, M&S allegedly wants to launch a £1 billion delivery service (approximately $1.3 billion USD).

A source reported to The Mail that Archie Norman, M&S Chairman, needs to do something “transformational to make his mark at M&S, and he is running out of time.”

Ocado and Kroger made headlines in the U.S. last May when the two companies announced a partnership which would produce automated distribution centers designed to boost Kroger’s online delivery capabilities.

Will Ocado swap partners in the U.K.? And what could this mean for the company’s U.S. partnership? Deli Market News will continue to report.