How will the new addition of over 1,200 sports-themed restaurants bolster sales for the fast food chain?

Arby’s Restaurant Group Inc., which was bought for $130 million cash in 2011 by Roark Capital, is looking to fit under the umbrella of another massive chain: Minneapolis-based Buffalo Wild Wings®. The wing-centric sports restaurant chain, which was opened in 1982 before going public in 2003 and is home to more than 1,200 locations, agreed to being purchased by Arby’s® for $2.44 billion in cash according to The Wall Street Journal. The deal sees Arby's acquire the Buffalo Wild Wings for $157 per share and is worth a reported $2.9 billion with debts in included.

According to the WSJ article, shares for the newly acquired chain rose 6.3 percent to $155.60 during morning trading. This number is more than 30 percent higher than its November 13th closing price—when Roark Capital initially made its offer on the chain. While shares did surge when news leaked of the acquisition, Monday’s close shows shares coming in at 14 percent lower than last year’s report. Buffalo Wild Wings will have its seat at Arby’s table as a privately-held subsidiary of the chain when the transaction closes, which is expected to occur during the first quarter of next year. 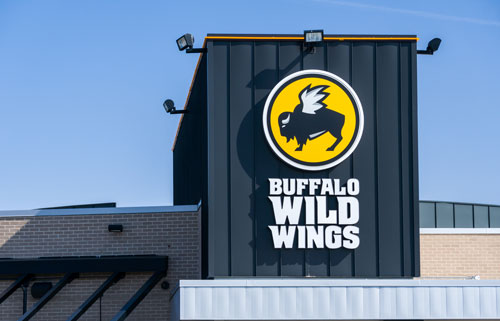 What assisted in this Arby’s acquisition? WSJ points to rising chicken prices and shrinking restaurant visitors as the aiding factors in this shift, but that isn’t all. Reportedly, Marcato Capital Management LP, an activist investor, persuaded the restaurant chain’s management to franchise more stores, increase profit margins, boost sales, and replace its Chief Executive. Another article from CNNMoney states that analysts think the deflation in NFL interest might have also assisted in the dwindling sales at the sports restaurant chain, while the Buffalo Wild Wings' team saw no evidence of it.

With brands like Carvel, Auntie Anne’s Pretzels, and Carl’s Jr. under Roark Capital’s wing, this new acquisition adds another heavy hitting name to its list of franchise-based companies.

This consolidation is just the most recent in a string of efforts that restaurants are making to steel themselves against thwarting difficulties in sales. European investment fund JAB Holding Co. bought Panera Bread for about $7 billion in April, and JAB’s Panera has, in turn, agreed to buy Au Bon Pain as of earlier this month. Krispy Kreme and Peet's Coffee and Tea also fall under JAB's control.

How will this newest acquisition affect the business climate for the restaurant and deli industry at large? Deli Market News will continue to keep you up-to-date with the latest.