Exemplifying the best in the women's culinary and hospitality workforce

After 60 women applied to participate in the mentor/grantee program cultivated the James Beard Foundation, 21 recipients have been selected as winners for the opportunity.

“We are delighted to see the tremendous growth our Women in Culinary Leadership Grant Program has achieved in just one year. Thanks to the generosity of the participating restaurateurs and chefs/owners, we’ve tripled the number of experiences offered,” said Susan Ungaro, President of the James Beard Foundation. “As these 21 talented women embark on our mentoring program, we look forward to helping them achieve their dreams of a successful career in the restaurant world.”

The women, with a background in either hospitality or the culinary arts, will participate in either a six or twelve-month program, according to a recent press release. The grants will pair each of the recipients with an award-winning chef or restaurateur from across the nation to provide mentorship and guidance in the women’s culinary-themed skills. 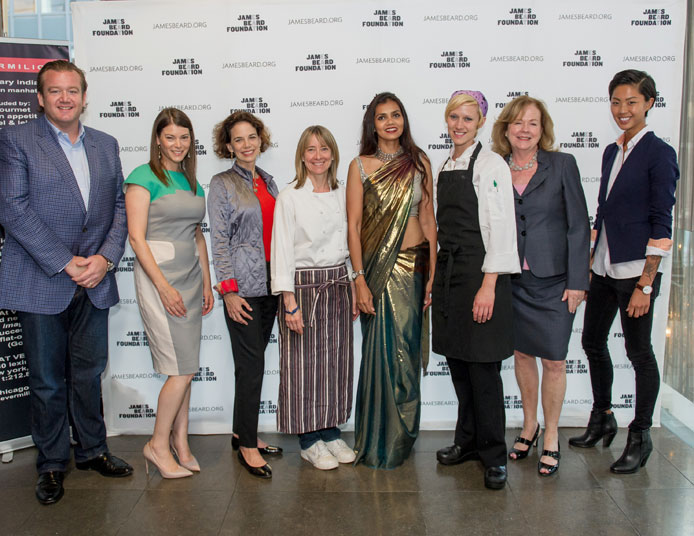 The list of women selected for the 2016 Women in Culinary Leadership Grant Program, and their paired mentors, are as follows. Asterisks denote James Beard Award Winners:

The Women in Culinary Leadership Programs was founded in 2012 by James Beard Foundation trustee and restaurateur Rohini Dey, alongside Ungaro.

“We created this program to help accelerate women’s careers in the culinary industry, specifically by building their skills both in the kitchen and in front-of-house management,” said Rohini Dey, Owner and Founder of the Indian-Latin restaurants Vermilion in New York City, NY, and Chicago, IL. “This year, 18 mentors will guide the JBF Women in Culinary Leadership grantees through rigorous programs that will include business training in kitchen, floor management, marketing, and entrepreneurship. By staying actively involved in our grantees development trajectory during the training and beyond, our goal is to enable women to break through the gastro-ceiling.”

The Foundation also stated that a certain number of grantees will also get the chance to work at the historic James Beard House for one week, with guest chefs.

Keep up your hunger for industry happenings as DeliMarket News continues to report on the James Beard Foundation, and other esteemed opportunities in the industry.

The James Beard Foundation's mission is to celebrate, nurture, and honor America's diverse culinary heritage through programs that educate and inspire.