A fire mixtape, a cheesy burger surprise, a nacho fries sequel, and more

Last week was one for the books, with fast food chains left and right launching new items, campaigns, and marketing strategies galore worthy of big news headlines. Unable to pick just one, here is our Week in Review: Restaurant edition. 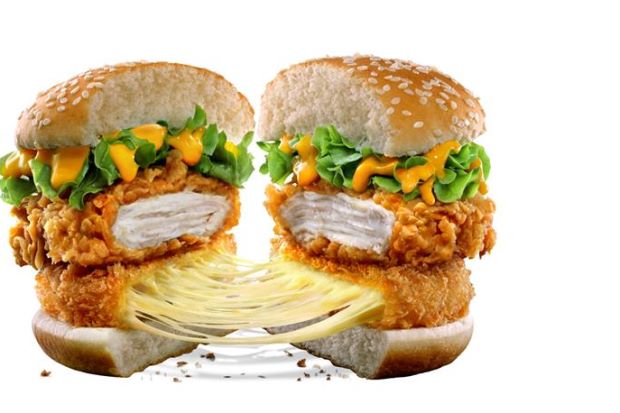 No one wants to hear about my vegetarian woes, I know, but humor me: fast food is not the same when meat is no longer the sun of your diet. With that said, I am, however, hopping on the next plane to Malaysia to try KFC’s new Zinger Cheezilla just to return to the glory of my fast food past. According to The Star Online, KFC’s latest menu item features a mozzarella cheese patty stacked with the popular Hot & Spicy Zinger fillet and coated in KFC’s signature Cheezy Mayo–I’m drooling.

“The KFC Zinger is already a popular hit in our menu and needs no introduction to KFC fans. Now with the Zinger Cheezilla, we bring you a burger like no other before,” said KFC Malaysia Senior Vice President Ling Mee Jiuan. “It is specially created for those who are looking for big burger eats and an ultimate cheese experience. Zinger Cheezilla is a burger innovation we are truly excited about. It is available for a limited time only, so get it before it’s gone.”

The Cheezilla is definitely a fast food innovation I cannot wait to get my hands on. 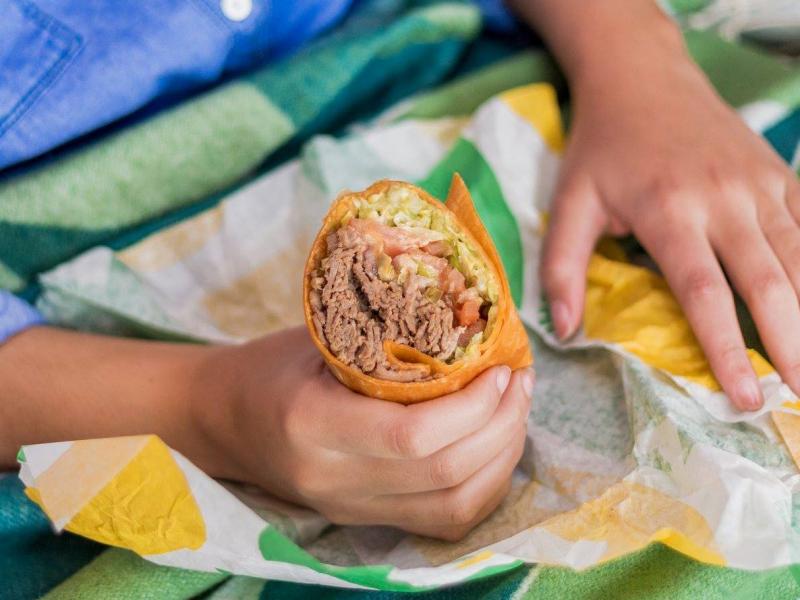 In an effort to turn around sales, Subway has gone on a 2018 quest to turn around its spiraling brand. According to Business Insider, the fresh fast food chain debuted a new loyalty program and added wraps to its menu to give itself a boost, but instead these developments were met with mixed reviews. While 37 percent of adults surveyed said they’d consider buying Subway the next time they ordered fast food thanks to the loyalty program, the chain’s most loyal customers didn’t really care for it, with their consideration rate dropping by 5 percent. The new menu item, however, appears to be balancing the drop with a positive increase.

“Wraps are terrific,” a Subway franchisee said. “We are seeking volume gains from this (modest but real)…It is a good-looking product, and customers really seem to like it.”

The mixtape drops now. Not pulling punches. We Beefin’. pic.twitter.com/H1Rm1ODYC4

Arguably the sass-master of the fast food realm and a Twitter roaster like no other, Wendy’s is staying to true to its reputation with its latest marketing and social media strategy. Launching a hip-hop mixtape that is sure to go down as a great, We Beefin’? takes shots at some of Wendy’s biggest rivals, like McDonald’s, while also waxing poetic about the chain’s revamped focus on fresh food.

“It’s really about telling our food story, that we’re fresh, never frozen, and we called out a few of the competitors along the way, but we want to really make sure that people understand that we are fresh, and we’re a little bit different,” Wendy’s CEO Todd Penegor told “Mad Money” host Jim Cramer, according to a report by CNBC.

Give it a listen here!

Taco Bell isn’t one to shy away from the big screen with larger-than-life television commercials that have consumers salivating at the edge of their seats. And after the success of its latest TV commercial, an action-packed 60-second blockbuster trailer starring its newest Nacho Fries item alongside actor Josh Duhamel, the fast food chain might be back at it with a Web of Fries sequel, according to Variety.

“A lot of people are selling fries,” Taco Bell’s Senior Vice President of Advertising and Brand Engagement Tracee Larocca said. “We needed to find a way that felt really different and get people’s attention.”

After launching the first part of “Web of Fries,” Taco Bell sold 53 million orders of Nacho Fries in the first five weeks of the campaign. And, not to mention, I can’t be the only one who wants to see how this story ends, right?

For more of the latest in our industry, stick with us at Deli Market News.