Ahold and Delhaize to Divest 86 Stores to Obtain FTC Approval

The FTC has charged Ahold and the Delhaize Group with the divestiture of 86 U.S. stores before proceeding with the highly-anticipated $28 billion merger, which is slated to close this month.

The stock for both Delhaize and Ahold were up by more than 1% this morning upon the release of the announcement.

"Selling stores is a difficult part of any merger process, given the impact on our associates, customers and communities in which we operate," said Frans Muller, President and Chief Executive Officer, Delhaize Group, in a press release. "We believe we have made every effort to identify strong buyers for these locations, and we want to thank our loyal associates and customers who have shopped our stores and supported us for so many years. Upon the completion of the merger, we will continue to maintain our local Food Lion and Hannaford brands; however, our new company scale will enable us to accelerate our local market strategies to better serve our customers with nearly 2,000 stores along the East Coast in the United States." 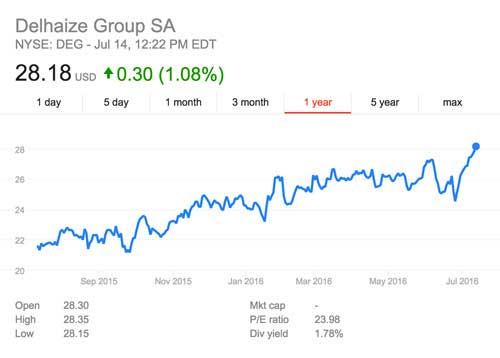 Purchasers of the required stores have already been listed, including the following:

FTC clearance is the remaining regulatory approval for the merger, which would combine the two chains for an entity consisting of more than 6,500 stores and over 375,000 associates internationally. “The combination of Ahold and Delhaize Group is a unique opportunity to deliver even more for customers, associates and local communities,” said Ahold CEO Dick Boer. “Together, Ahold and Delhaize Group have been working hard to resolve the competition concerns raised by the FTC, and we are pleased to have found strong, well established buyers for the stores we are required to divest. We deeply appreciate the long-time support of our customers and associates in these locations and are confident that the new owners will continue to serve local communities well.” 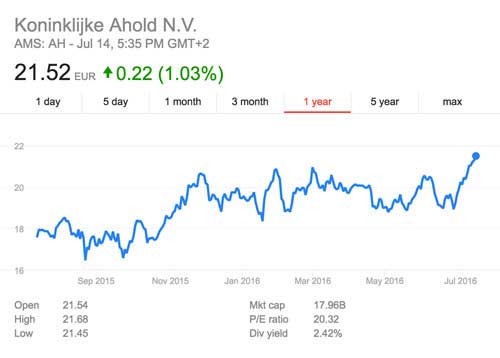 While each purchase agreement is subject to FTC approval and clearance, and must go to well established-supermarket retailers, both retailers reported that they still expect to close the deal by the end of this month as planned. 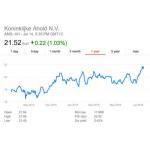 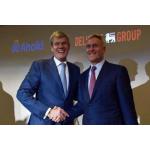 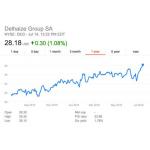 Ahold Delhaize is one of the world’s largest food retail groups, a leader in supermarkets and e-commerce, and a company at the forefront of sustainable retailing. Our family of great local brands...

The Delhaize Group Group is committed to offering its customers a locally differentiated shopping experience, to delivering superior value and to maintaining high social, environmental and ethical...