Will the chain's 33 core stores end up with Albertsons?

Will it all come full circle for Haggen in the end? The union of the long-struggling retailer says that government regulators have already approved a potential deal in which Albertsons would acquire the remainder of Haggen's 33 core stores.

While there has been no offical word from Haggen, untion the United Food and Commercial Workers (UFCW) International Local 367 issued a statement claiming the Federal Trade Commission has approved the possibility of a buyout of the stores. According to the statement, Albertsons and Haggen are currently in the process of finalizing the agreement. 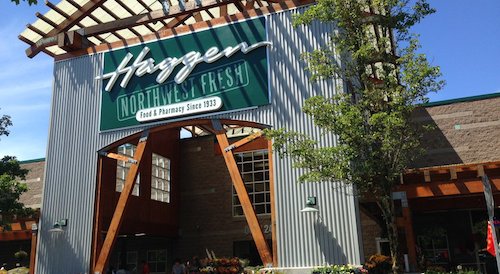 “It appears that other bidders are not going to raise their bids or otherwise make them qualified bids, so the scheduled auction is canceled and the sale to Albertsons will be put before the court for approval in the next week,” a written statement from Local 367 reads, according to the Bellingham Herald.

The online paper also revealed UFCW Local 367 President Denise Jagielo's comment, “This news will hopefully end the uncertainty for our members and our communities. Our members look forward to continuing their unparalleled dedication to the neighborhoods and their customers.”

If a purchase agreement is finalized by both retailers and approved by the court, this may be the last you hear of the Haggen saga. Since filing for Chapter 11 bankruptcy in September 2015, the company began a quick pull out of the locations it gained from Albertsons, laying off employees, and entering into a $5 million legal battle.

Haggen had originally planned a restructuring of its business around those 33 “core stores,” but was given permission by the courts to also auction those in mid-December of 2015.

DeliMarket News will continue to update our readers on this story as more information surfaces.