Ending years of secret negotiations to bring an 800,000-square-foot facility to this state

With 2017 just days away, it seems as though Amazon has plenty of growth to fill the year between expansions and new segment launches. The online retailer announced that it will be bringing a new 800,000-square-foot distribution center to Jacksonville, Florida.

“Becoming a member of the Jacksonville community is very exciting for us as we grow our presence in Florida,” said Akash Chauhan, Vice President of North American Operations at Amazon. “We’re proud to be creating more than 1,500 full-time jobs to join the thousands we currently employ across the state. We look forward to continue building relationships in the community to make Jacksonville home.”

Previously codenamed Project Rex, the Florida Times-Union reported that this official announcements brings an end to years of secret negotiations between Amazon, the city of Jacksonville, and the state of Florida. 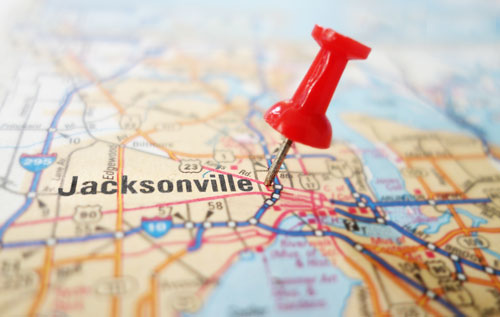 The online retailer will be investing more than $200 million into the project between needed equipment, land, and real estate improvements. Key negotiator in the deal, Jerry Mallot, President of JAX USA Partnership and EVP of Jax Chamber, stated that facility’s actual size will be bigger than its 800,000-square-feet.

“It’s going to be a 2.4 million-square-foot building. It’s a got a footprint of 800,000-square-feet but it’s multilevel in its character,” Mallot stated, according to Florida Times-Union.

Amazon has already broken ground on the project, with site preparation on the distribution center’s 170-acre plot just north of Interstate 295. Mallot stated that Amazon’s goal is have the new facility open before the 2017 holiday season, with a projected finish to construction aimed for late summer or early fall of 2017.

Jacksonville has given Amazon $13.4 million in incentives through the state’s tax-refund program. The city will also rebate around $10 million over 12 years through its Recaptured Enhanced Value Grant program, and commit $300,000 from its share of a Qualified Target Industry (QTI) Tax Refund. The latter of which will provide tax refunds in exchange for “high-wage” jobs being created. Florida is providing Amazon with another $1.2 million in QTI refunds.

With the new year upon us, and no end in site for retail innovations, Deli Market News will have all the latest in buy-side growth plans.