Amazon Documents Reveal Plans for Up to 2,000 Grocery Stores

Buzz has been abound from analysts watching Amazon's slow takeover of the brick and mortar grocery business, but little has been revealed about the company’s long-term plans. Now, new documents revealed by Business Insider uncover the e-commerce giant is planning an attack on the U.S. market with as many as 2,000 AmazonFresh-branded stores over the next ten years.

Amazon plans to start slow, releasing a 20-location pilot program for new brick and mortar locations. The documents reveal that by the end of 2018, we could see stores pop up in places like Seattle, Las Vegas, New York, Miami, and California's Bay Area. 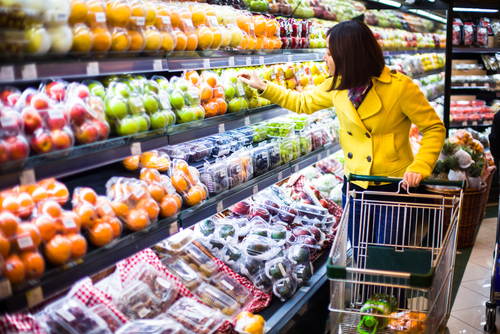 If the pilot pans out, Amazon will then begin rolling out a possible 2,000 "multifunction" stores across the U.S., with the company proposing an aggressive launch schedule of 200 stores per year. Also on the company’s radar, Business Insider suggests, is a new generation of distribution centers to aid in store growth.

When the company says “multifunction,” this likely refers to the company’s penchant for experimenting in both "click-and-collect" drive-up spots, as well as traditional stores. The 20-store pilot will involve ten of each, pitting AmazonFresh against both e-commerce type shopping services, as well as rivals like Walmart. 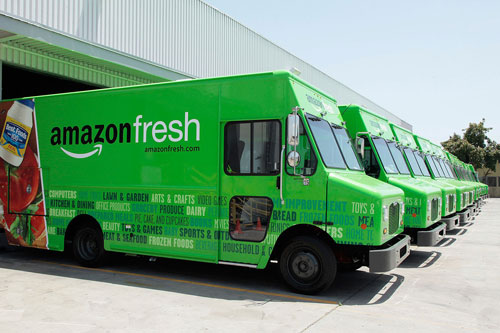 Although information on what an Amazon store will look like hasn’t been made public, Bloomberg compares its drive-through spots as "gas station” types, while The Wall Street Journal makes a "convenience store” comparison for the more traditional locations. Business Insider revealed that the documents say the drive-through spots will be 10,000-square-feet in size, while physical stores could go up to 30,000-square-feet.

Deli Market News will continue to keep our eyes out for even more details on what these locations will look like and where they will arrive, so keep following us for updates.