Brookshire Brothers President and CEO Jerry Johnson to Step Down

After nearly two decades of service, the company's President and CEO steps down

The new year will mean new leadership for grocer Brookshire Brothers. The retail chain announced that President and CEO Jerry Johnson will be stepping down from his role at the end of April 2017, and current COO John Alston will be stepping into his place.

Johnson began his time with Brookshires in 1997 as part of the company’s Board of Directors. In 1999, he moved into the role of Chief Administration Officer, helping Brookshires during its transition to a majority employee-owned company. Johnson served as Chairman of the Board from 2003 through 2007, when he also assumed his current role of President and CEO. According to a press release, he will continue as a member of the chain's Board of Directors after his departure.

“Jerry’s legacy as a great leader is firmly embedded in the hearts and minds of our Brookshire Brothers’ family,” Alston stated about the departing company leader. “From transitioning the company from private family ownership to an ESOP, Jerry has worked tirelessly as an advocate for our employee-owners.”

Alston, currently COO, has spent 35 years in service of the company. Over his time there, Alston has held the roles of Store Director, District Director, Chief Operating Officer, and member of its Board of Directors. 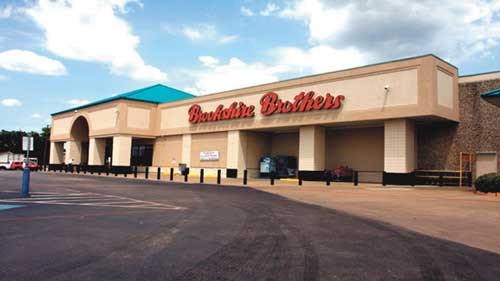 “John has the leadership ability and experience to lead our company through the challenges ahead and has the confidence of both the Board and Brookshire Brothers’ employee-owners,” Johnson shared about his successor.

What will new leadership and a new year bring to the longtime retailer? Keep following the team at Deli Market News for more!

Brookshire Brothers is employee-owned and with more than 7,000 employee-owners. We don’t take a one-size-fits-all approach to our stores. Each store provides for the unique needs of the community...