Scooping up all 323 stores from this chain, the discount retailer furthers its footprint in 36 states with this acquisition…

With plenty of consumers left to scoop up into its fold, Dollar General is looking to significantly expand its markets with a new acquisition. The company will be increasing its footprint by acquiring another discount retail banner, Dollar Express.

All 323 locations will be purchased by Dollar General and rebranded under its banner name. According to the Charlotte Observer, the chain was formerly of the Family Dollar name before being bought in 2015 by private equity firm Sycamore Partners. The stores were initially sold by Family Dollar parent Dollar Tree as part of a foray into the new Dollar Express concept. 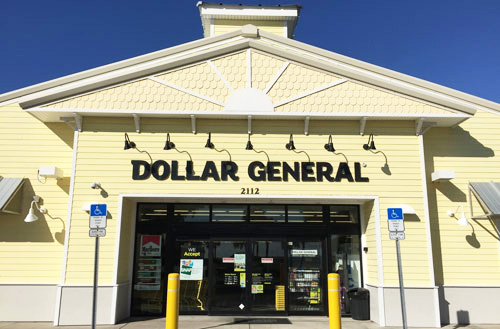 Based in North Carolina, Dollar Express has locations in 36 states across the U.S. Though Dollar General reportedly confirmed its plans for acquisition yesterday, there has been no confirmation as of yet of the particular plans or layout each location will boast.

Employees of Dollar Express, who asked to remain anonymous, told the Charlotte Observer that Dollar General had no plans to retain its current workforce which could potentially put 2,700 part- and full-time employees out of work. There is no word yet as to whether Dollar Express’ 100 corporate positions will be kept by Dollar General.

Dollar General was most recently making headlines with its announced investment into fresh groceries. As the company intends to remodel a large number stores to include more cooler capabilities, it is unclear whether what role these newly acquired stores will play in Dollar General’s previously announced plans.

Where is Dollar General headed next, and how it will affect its buy-side standing? Deli Market News will keep you updated as the news unfolds.