The SuperValu and Walmart veteran is added to the company's leadership lineup, as another exec moves up as well

On the heels of the acquisition of Family Dollar last summer, Dollar Tree Inc. has disclosed a series of executive appointments. Gary Philbin has been promoted to enterprise President of Dollar Tree. His previous role as Family Dollar President and Chief Operating Officer will be filled by Duncan Mac Naughton, formerly of Walmart and Supervalu leadership, who is leaving his position as CEO of Mills Fleet Farm.

"I am honored to lead the Family Dollar team, a well-recognized brand with a legacy of delivering value and convenience for more than five decades," said Mac Naughton, according to a press release. "In partnership with Bob, Gary, and the entire management team, I relish the opportunity to grow and improve the Family Dollar business. Our focus will continue to be on meeting the everyday needs of our customers–through providing terrific values, affordable prices, and the right assortment in clean, convenient, and shopper friendly stores."

Throughout his professional career, Mac Naughton has held numerous leadership roles at Wal-Mart Stores, Inc., including Chief Merchandising and Marketing Officer of Walmart U.S. from 2011 to 2014, Executive Vice President of Consumables Health and Wellness at Walmart.com from 2010 to 2011, and Chief Merchandising Officer of Walmart Canada from 2009 to 2010. From 2006 to 2009, he served as Executive Vice President, Merchandising and Marketing for Supervalu, Inc., including serving as the Head of the Health and Wellness Division. 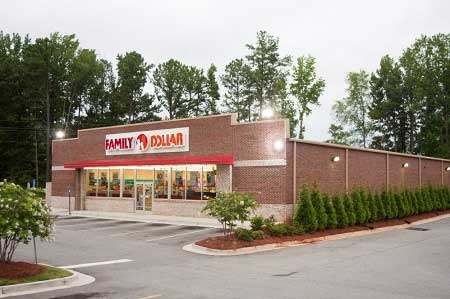 "I am pleased to have the opportunity to lead the Dollar Tree, Family Dollar, and Dollar Tree Canada teams in this new role as Enterprise President," said Philbin, according to the release. "Additionally, I would like to welcome Duncan Mac Naughton to the Family Dollar team. Duncan is an accomplished retail leader and will be instrumental in continuing to develop and improve the Family Dollar banner through an intense focus on the customer. I also want to thank the thousands of Family Dollar team members across the country for their dedication and efforts through the past eighteen months of integration."

Both positions will be based in Charlotte, though Philbin will split time between three offices with responsibilities for Family Dollar, Dollar Tree Canada, and Dollar Tree, which is based in Virginia, a spokesman said, according to the Charlotte Observer.

With his rich retail history, will this appointment open up the door to deli for the dollar chain? Check in with Deli Market News as we continue to report.

Everything you need for every day, every holiday, every occasion... and every single item is only $1 (or less)!