The retailer's former leader has landed in a new role; See what her new position with the international chain is

Rosalind Brewer, Sam’s Club’s former CEO, has been named new Group President and COO of Starbucks. Effective October 2, Brewer will assume the role, leading the company's operating businesses across the Americas, according to a press release.

“As a passionate customer of the brand and recently elected board member, I have a deep love and admiration for the Starbucks brand and its people. I am so honored to have the pleasure of working with the Starbucks leadership team to realize our highest of aspirations for the company and I look forward to working closely with the astute and talented leaders across the enterprise,” commented Brewer. 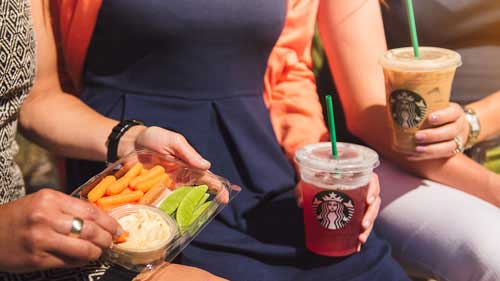 During her tenor at Sam’s Club, Brewer was repeatedly been recognized as one of the world’s most powerful women, ranking #19 by Fortune (2016) and #57 by Forbes (2016). She also sits on the board of directors for Lockheed Martin Corporation and chairs the Board of Trustees at Spelman.

Brewer brings with her extensive insight on large-scale operations and supply chain logistics based on her past senior leadership positions which includes five years with Sam’s Club, the $56 billion members-only warehouse club channel of Wal-Mart Stores, Inc. Additionally, Brewer served for six years in executive roles for WalMart and 22 years at Kimberly-Clark. Brewer received a bachelor’s degree in chemistry at Spelman College and attended an advanced management program at The Wharton School of the University of Pennsylvania.

“Starbucks is a culture-first company focused on performance and Roz is a world class operator and executive who embodies the values of Starbucks. She has been a trusted strategic counselor to me ever since she joined our Board of Directors, and I deeply value her insight, business acumen, and leadership expertise. Roz is the right leader to help us realize our greatest of ambitions in this next chapter of our journey,” noted Kevin Johnson, President and CEO. “I am honored that Roz is joining Starbucks in this capacity and playing an important role with an accomplished team of senior leaders that reflects the strength and diversity of our organization.”

Brewer will report to Johnson and serve as a member of Starbucks’ senior leadership team. She will also continue to serve on the Starbucks Board of Directors.

Deli Market News will continue to keep you up to date with major executive moves in grocery and foodservice.