Opening several new and enhanced locations, the company continues its focus on this strategy in a tight market…

Amidst tight competition in the buy-side sector, Southeastern Grocers is moving full force ahead with one of its most strategic banners. The company has announced that its Fresco y Más chain has added an additional seven stores. 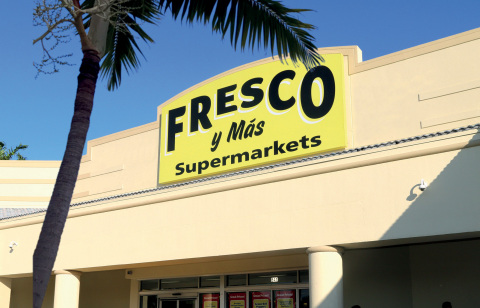 Southeastern Grocers has chosen to add the stores to the South Florida market, including its first location in Broward County. According to a press release, the announcement was made in celebration of the banner’s first birthday. Additionally, the chain partnered with The League Against Cancer to provide medical care for cancer patients in the chain’s community.

“Since opening our doors in Hialeah one year ago, Fresco y Más has seen fantastic success and support from customers in each community we now operate in. The League Against Cancer is an organization our customers have told us is important to them, so we kicking off our first official community partnership by hosting a Profit Day at all 18 of our Fresco y Más stores, donating every last cent of profit to The League Against Cancer,” said Ian McLeod, President and CEO of Southeastern Grocers. "As Fresco y Más enters its second year we continue to be dedicated to providing our customers with an authentic Hispanic shopping experience and supporting organizations that provide invaluable services to the communities we operate in.”

Fresco y Más has announced that with this expansion, its total number of stores now spans 18 locations. This latest news comes mere months after the Hispanic-focused chain’s most recent expansion.

The new stores will feature further enhancements, as the banner builds on its strategy. This includes a Cocina kitchen with ready-to-eat foods, a café with authentic Hispanic food, a renovated bakery department, and a full-service Carniceria butcher shop. These locations will also offer a Wall of Value section, a new Dollar Zone, a refreshed produce department, and more. 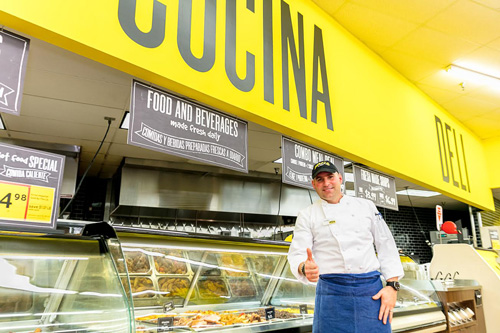 The new stores can be found at the following locations in South Florida:

The seven new stores officially launched at 10 a.m. on Wednesday with an official ribbon cutting ceremony. To further celebrate its year-milestone and historic partnership with The League Against Cancer, the chain made June 14 Profit Day, where all profits that were generated went to the health organization.

“Our staff, patients, and supports are humbled by the commitment Fresco y Más is making with the first-ever donation of this kind in the organization’s history,” said Adriana Cora, Vice President of The League Against Cancer. “This new partnership will allow us to build on the more than 60,000 men, women, and children who will be able to receive world-class medical treatment, screenings, and support from the League Against Cancer."

Which other retailers will look to the Hispanic demographic as new buy-side strategies are unveiled? Deli Market News will report.