The Fresh Market Closes 13 Stores, Moves out of Texas, Kansas, Iowa, and Missouri

Exiting Texas, Kansas, Missouri, and Iowa with these closures

With the close of 13 stores, The Fresh Market is exiting four different state markets.

The retailer announced yesterday to employees that it was closing all eight of its Texas stores, both Kansas and Iowa stores, and its only Missouri location.

“The decision to close these stores is a difficult but necessary step with the end goal of producing a stronger, more agile company,” Rick Anicetti, The Fresh Market’s CEO, said in a statement, according to the Dallas Morning News. “This shift also allows us to focus our energy and resources on the growth of our remaining stores, as well as new stores we have planned in the future.”

The stores in question were closed Tuesday, May 3rd, and reopened with discounted grocery prices yesterday. 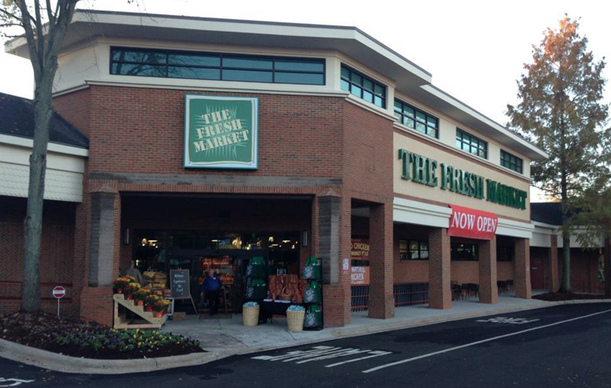 It’s only two months now since The Fresh Market exited California, shortly before agreeing to be acquired by the Apollo Global for approximately $1.36 billion. The retailer did not, however, release any information that the purchase is involved with the closures.

Senior Vice President Karen Stout wrote in a letter to employees that the doors will close permanently on May 18th, with affected workers being paid for 30 days past the close.

To keep in touch with what’s going on in the retail circuit, continue to check in with DeliMarket News.

Launching a strategy to bolster its supply-side partners, the retailer reveals a move to accelerate expansion...

The specialty supplier gears up for seasonal sales with the launch of its limited-edition offerings...

Naming a new Chief, the cooperative records a whopping 18.3B in sales as expansion, innovation, and rebranding surges...

Diversifying its arsenal of products, this bakery sector innovator finalizes its acquisition of another specialty brand...

The cheesemaker rolls out a new premium product, expanding its portfolio with an artisanal flair...