As the retailer moves through bankruptcy, why are its creditors filing suit over $100 million in assets?

Retail chain Haggen is heading back to court, in the latest announcement surrounding the legal status of the company. A group of creditors have recently filed suit against the chain’s previous owner, Comvest Group Holdings, for a sum of $100 million which is allegedly still owed to suppliers, landlords, and laid-off employees.

Filed in a Delaware Bankruptcy Court, the suit claims that that Comvest used real estate assets obtained from Haggen’s acquisition of Albertsons stores to benefit its own company rather than paying back its creditors, according to The Bellingham Herald reported.

The suit is seeking $100 million in debts to be paid to unsecured creditors, HH Liquidation LLC. The creditors stated that in addition to placing its assets out of reach, Comvest did not properly focus on effective plans to combine the Albertsons and Haggen markets in the allotted short time period. They claim this caused the expansion to fail.

The suit alleges that Comvest transferred Haggen’s most profitable real estate holdings to an unlisted subsidiary in the chain’s bankruptcy case, thus protecting the assets from creditors. 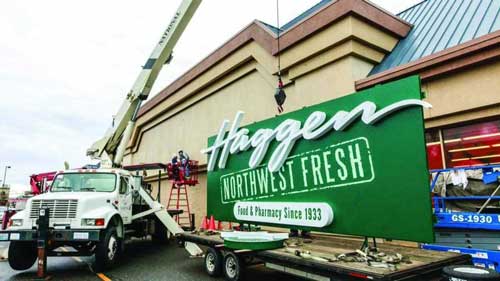 In the complaint, The Bellingham Herald reported that the creditors state that Comvest developed a “convoluted Machiavellian scheme,” and intended to engage in real estate play rather than purposely expanding the chain.

“Comvest tried to slink away from the smoldering ruins of Haggen with more than $100 million dollars’ worth of real estate assets,” according to the complaint, as reported by The Bellingham Herald.

In 2011, Comvest purchased a majority stake in Haggen, and then purchased 146 of Albertsons’ divested stores in 2014. Eight months after the purchase was finalized, the chain filed for Chapter 11 bankruptcy. As of this year, Haggen has 15 years left in its banner.

Since the case was filed in court, neither party has released a comment to the press.

As the case progresses and the story further unfolds, Deli Market News will keep you updated with the latest developments.