On the heels of recent and expansive employee growth, Hy-Vee has unveiled a new strategy to further streamline efficiency and company growth in the buy-side sector. The chain will be restructuring its headquarters to have two locations, making for a unique work environment and attracting more technological and creative minds to the company.

"Hy-Vee has determined that the necessary traditional office environment and this unique and creative setting can’t coexist at the same location, so the previously proposed expansion does not solve our problem," Hy-Vee Group Vice President Peter Hosch wrote in a letter to Iowa Economic Development Authority, according to the Des Moines Register. "The issue is further complicated by the fact that our employment growth needs are happening far quicker than we anticipated, making more immediate access to office space a must." 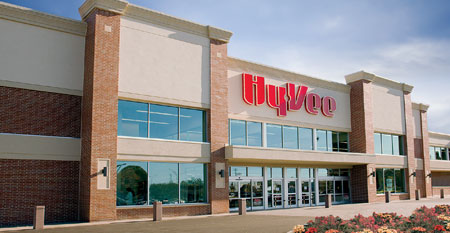 The company now intends to split its headquarters between two locations in West Des Moines and Grimes, IA. Hy-Vee will rent and renovate a 130,000-squre-foot space in Grimes, IA, for office space, and also have a conference center in West Des Moines–which has already been completed.

These plans are a big shift from Hy-Vee’s initial plans as its headquarters focus changed in efforts to streamline better business. Hosch stated that this new plan was sketched in order to develop a unique environment which will  "attract and retain technology and creative staff."

Hy-vee’s request for its new headquarter plans were approved by the Authority Board on Friday. The company was originally planning to expand its West Des Moines location to house both the conference center and more office space. Hy-vee’s originally approved $7.5 million in tax credits will now be split across the two spaces.

This interesting office culture will also create around 102 new positions which will be split between the two locations.