Looking to establish itself in this new market, Amazon's stateside competitor list continues to grow

After announcing in December that it is looking to begin online sales in the second half of 2018, Chinese e-commerce company JD.com, worth a reported $68 billion, is looking for funds to bankroll a logistics build-up to support an international expansion into Los Angeles, California. The Beijing-based company is seeking to raise $2 billion to make the expansion happen, according to Investors Business Daily (IBD). Now in the final stages of discussion, JD is set to sell 15 percent of its logistics unit, JDLogistics, to Tencent Holdings Ltd. and other investors in the beginnings of its fundraising efforts. Getting approximately one-third of the shares on offer, Tencent’s deal with JD is expected to be completed by the middle of February, according to Bloomberg’s interview with JD.com’s Founder and Chief Executive, Richard Liu. IBD said the deal is worth a reported $10.9 billion. 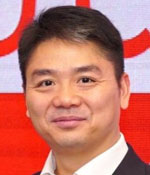 “JD’s rule is that once we decide to do something, we never limit the money,” Liu said in Davis, Switzerland, while attending the World Economic Forum, before continuing about how the company is looking to gain half of its revenue from overseas within the next decade and will invest until the company reaches this goal.

Looking to jump ahead of Alibaba Group Holding Ltd.’s successful developments in China’s consumer-spending boom, the company plans for a logistics initial public offering in China or Hong Kong in about three years. The company is considering different strategies, including potential partnerships with local companies, in an attempt to ease its step into the U.S. market.

“This year, Vietnam, India, Philippines, Malaysia—every Southeast Asian country—we will come by the end of this year. Our future is, we will invest in U.S. and build a warehouse fulfillment center in U.S. so you can get same-day delivery,” said Liu in Bloomberg’s piece.

After looking to powerful backers to make this new expansion come become a reality, a secret dream team brainstormed with Chinese brands like Xiaomi Corp. on how to take the platform global, according to Bloomberg. In opposition with the relative ease with which the online retailer stepped into Southeast Asia, this expansion into the U.S. might prove to be more tricky as it faces toe-to-toe with industry giants like Amazon.

How will JD.com’s first step into the States assist in its sales’ growth, and will this expansion ultimately hold the key to further international developments within our industry? Deli Market News will keep you up-to-date with the latest industry happenings!

We are China’s largest ecommerce company by revenue and a member of the Fortune Global 500.