After 15 years at the reins and 51 years with the company, the King Soopers executive will pass the torch

After 15 years at the helm and over half a century with the team, King Soopers President Russ Dispense has announced that July 1st will be his last day.

Dispense joined the Kroger branch in 1965 as a courtesy clerk, working his way through several leadership roles in departments through stores, warehouses, manufacturing plants, and administrative offices to his current position.

"Throughout his distinguished career, Russ has always been known for his passion for the community, King Soopers and for people,” Rodney McMullen, Kroger's Chairman and CEO, said in a press release. “His desire to see those who work with him grow and develop has changed the lives of our associates and touched the lives of our customers.” 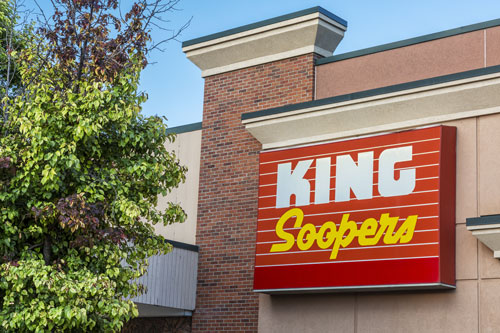 During his tenure with King Soopers, Dispense has served in the following roles:

"Under Russ's leadership, King Soopers has grown significantly while remaining Colorado's favorite grocery store in a highly-competitive market,” McMullen continued. “Russ will end his incredible career as our longest-serving King Soopers President. We are grateful for his many years of exceptional service and leadership, and wish him, Debbie and their family all the best in retirement.”

Married to his wife Debbie for 46 years, Dispense has two children and five grandchildren.

Congratulations to Mr. Dispense on this newest chapter and a successful career in the industry.