Putting "fresh, affordable, and local" at the forefront

Kroger has unveiled a new store concept that seeks to appeal to foodies with locally sourced fresh and organic foods, meats, craft beer and wine.

The new concept, dubbed Main & Vine, will make its debut in Gig Harbor, Washington, just outside of Seattle. There is little information about when the store will have its grand opening, though the Main & Vine website assures visitors that it will be “soon.” 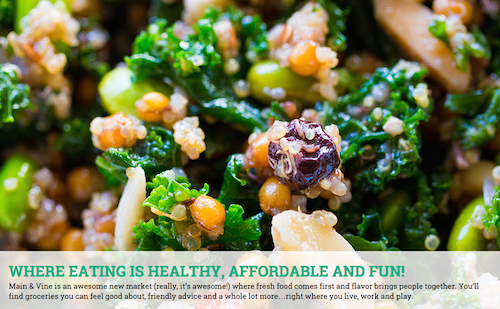 Main & Vine offers customers “unique culinary experiences and taste adventures, with tasty meals made fresh in our kitchen,” the company describes on its website.

A SEC filing from the company also states that home delivery services are a possibility, and listed natural, organic, and fresh foods.

This announcement comes hot on the heels of Kroger’s announcement that it had finalized its buyout of Roundy’s, a grocery chain known for its urban format Mariano’s locations in Chicago. Analysts predict that Main & Vine will primarily maintain a small format size for urban areas.

“[Bob Mariano] has created an urban format that is resonating with customers and we expect to apply Roundy’s experience to our stores in urban areas around the country,” Rodney McMullen, Kroger’s Chief Executive, said of Roundy’s President and CEO.

DeliMarket News will continue to keep a close eye on Main & Vine as more information is announced. For now, however, meat and dairy suppliers can look forward to a store that emphasizes all things fresh.