In a move to fill the position left by retiring King Soopers President Russ Dispense, Kroger has announced Dennis Gibson as the new head of the Denver, Colorado-based division. Effective July 1st, Gibson is coming to his role after being promoted from President of Kroger's QFC division, based in Seattle, since 2014.

Gibson has spent forty years in the retail industry, beginning in 1976 at a Grand Central discount department stores in Salt Lake City, Utah. In 1984, he joined Fred Meyer, holding leadership roles of increasing responsibility for the next 27 years, according to a press release. From store and district management, to Regional Director and Group Vice President for Store Operations, Gibson worked at Fred Meyer until 2011, when he was named Vice President of Operations in Kroger's Columbus division. In 2013 he was named Vice President of Merchandising, and rose again to his current role as QFC division President in 2014.

"Dennis is a proven executive whose passion for people and results has earned respect in our company and the industry," explained Rodney McMullen, Kroger's Chairman and CEO. "Dennis's commitment to our associates and customers will help ensure our business continues to grow. We look forward to his continued leadership at King Soopers." 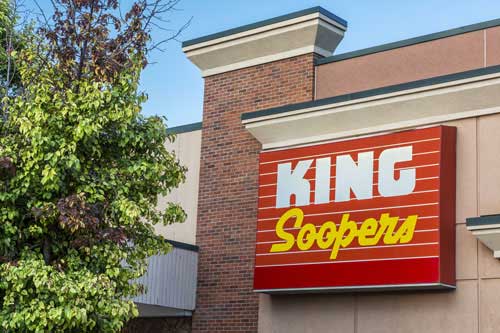 As part of his new position, Gibson will relocate to the Denver area, where King Soopers operates its namesake stores as well as City Market stores in Colorado, New Mexico, Utah, and Wyoming.

Food Lion Named One of America’s Greatest Workplaces for Diversity by...