After seeing a boost to its sales in the last quarter, why is Kroger lowering its financial forecast?

Kroger is looking to hone its strategies over the remaining year, announcing a rise to its sales over the past quarters and projections for where the company is headed next.

The company’s sales increased 1.7% over the quarter from this timeframe last year, excluding fuel, to rest at $0.47 per share. This rise thus brings the company’s adjusted EPS up to $454 million from 2015’s reported number of $433 million.

"I'm very proud of our associates for their determined focus on always making a difference for our customers. Their execution of our Customer 1st Strategy in a deflationary environment helped deliver growth in identical store sales, units, and market share,” stated Chairman and CEO Rodney McMullen in a press release.

Reuters reported that Kroger’s sales, while up, were still slightly lower than the average analysts estimate, which marked the company for a 2.6% rise. 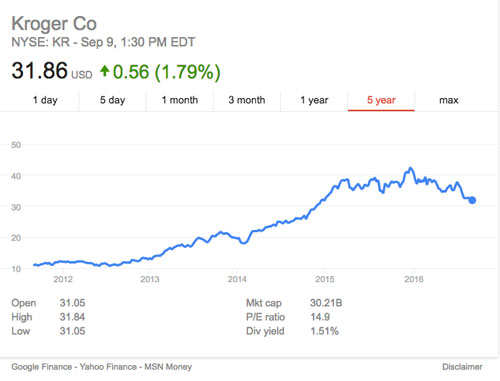 Kroger has also marked an increase of year-to-date net earnings, excluding adjustment items, when compared to this time last year; rising from $1.052 billion to $1.15 billion.

To supplement these increases to its sales, Kroger also adjusted its financial strategies for the next quarter and beyond. Kroger lowered its projected guidelines for both its sales and profits guidance for the next year. 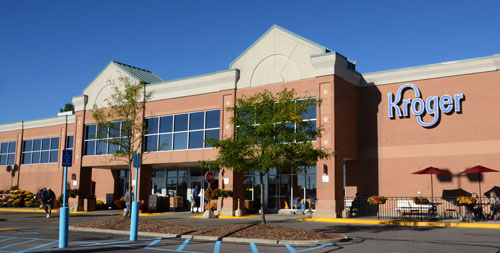 “We are focused on long-term performance over a three-to-five year horizon. We have the right strategy, the right people, and the financial flexibility to execute our strategy, which allows us to continue investing in our associates and our business and growing market share. By staying on our strategy, we create long-term value for our shareholders," continued McMullen.

Kroger expects its supermarket sales growth to be in the 1.4-1.8% range for the next year, which was lowered from its previous statement of 2.5-3.5%.

Kroger reiterated that these changes were to promote long-term financial strategies to better boost financial flexibility to drive growth for its shareholders. Reuters reported that Kroger is not the first company to report lower numbers than expected in the midst of an industry-wide deflation.