German retailer Lidl has been ramping up to enter new U.S. grocery markets for some time now, but thus far, the company has been keeping quiet about its specific plans to growth. But now, in a recent talk with Business Insider, Lidl has outlined plans to open U.S. locations in “dozens” of cities on the East Coast, naming the area between New Jersey and Georgia as its primary target.

With Arlington, Virginia, already chosen as its U.S. headquarters and new warehouses in Cecil County, Maryland, Mebane, North Carolina, and Fredericksburg, Virginia, it’s no surprise that the East Coast is getting love from Lidl’s site planners. Lidl has not released a definitive number of new locations as of yet, but Business Insider reports that sources told real-estate firm CoStar that the company will open as many as 150 U.S. stores by 2018. 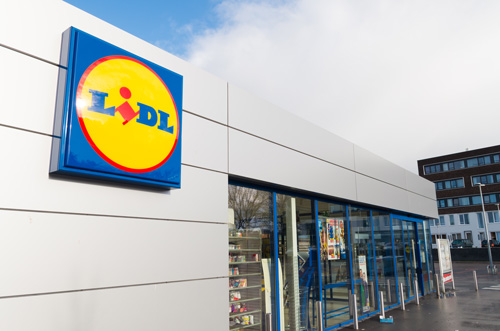 “For over 40 years, Lidl has been a growing presence in the European grocery marketplace,” Lidl’s website shares. “Through 10,000 stores in 26 countries, we’ve precisely designed every part of our process to deliver the highest quality products at the lowest possible price and the most efficient shopping experience possible. Now, we’re bringing our unique vision for grocery to the U.S.”

The typical size for a Lidl US store is just between 30,000 and 36,000-square-feet, and don’t expect to see several different brands to choose from on the company's shelves. Lidl keeps a small inventory, mainly limiting its selection to private-label items. 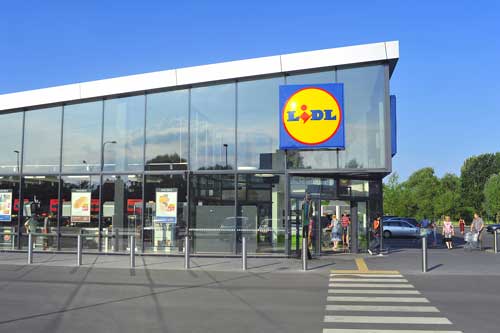 The company helps keep prices down by displaying products in its own shipping cartons and requiring customers to bag their own groceries. Lidl translates these decreased merchandising and labor costs to lower costs for its consumers.

While we’re still waiting on opening dates for the new locations and a definitive list on where they will be, there’s no doubt the retailer will be making a splash before 2018 is out.