Why has this company's stock taken a sharp turn as it looks to grow in new markets?

Publix has announced its Q2 2016 financial report and stock price, with the report signaling a decrease in confidence from investors. This is just the second quarter release since Todd Jones took over as CEO, with him reporting a fall from $43.95 per share to $41.90 per share as the company has been seeing slower than average sales growth.

“Our results were impacted by weakening tourism in some market areas and the timing of Easter,” Jones explained with the announcement of the results. “Our associates remain focused on providing excellent customer service.”

Previously, Publix had announced an all-time high for its stock prices of $45.20, just this past March 1st. Since then, the company's share price has dropped 7.3 percent, according to a report by the Orlando Sentinel. 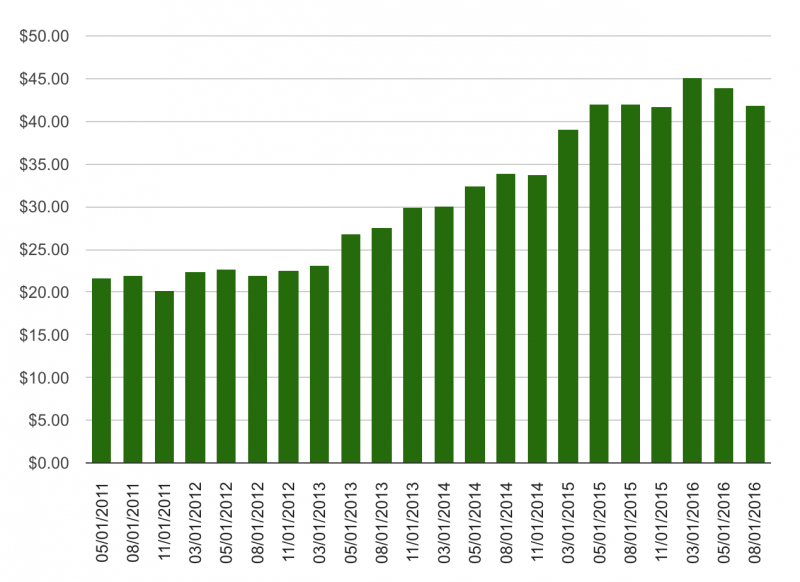 As outlined in the release, Publix’s sales this quarter were $8.1 billion, a 2.1 percent increase from last year’s $8 billion. Comparable-store sales increased 1.1 percent. Net earnings for the second quarter of 2016 were $478.2 million, a decrease of 0.9 percent since the company hit $482.7 million in 2015. Earnings per share were unchanged at $0.62 per share.

This quarter’s report comes on the heels of Publix’s purchase of 10 Martin’s Food Markets stores as result of the Ahold and Delhaize merger. This purchase signals an aggressive expansion into Virginia, where the company had only previously announced the intention to open two stores. Virginia will be the seventh state that Publix has entered into.

Will Publix continue in the trend of lowered stock prices, or will the new locations be enough to pick it up for Q3? Deli Market News will keep bringing you the latest until we find out.