As it seeks a buyer amidst bankruptcy, did this verdict help or hurt the retailer's rapid sale plans?

While Marsh Supermarkets continues its search for a buyer after declaring bankruptcy earlier this month, the retailer has taken an important new step towards resolution. Marsh has been approved for a rapid bankruptcy sale plan by Delaware courts after agreeing to extend its deadline to identify a stalking horse bidder.

"We felt that a little more time would be helpful," stated Marsh’s representation, Attorney Robert F. Poppiti Jr of Young Conaway Stargatt & Taylor LLP. "The order allows for the protections to be there, but they are dependent on a further order of the court...we may have a bidder who wants to be heard on those protections before the sale hearing." 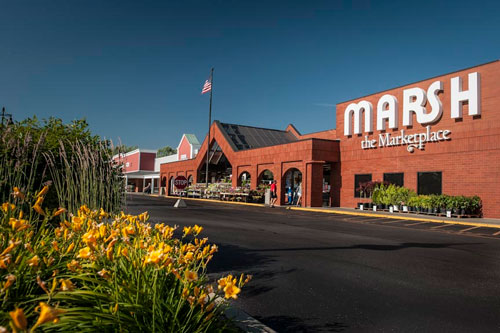 According to source Law360, Marsh Supermarkets will add a week’s extension to the stalking horse designation deadline. The retailer’s attorney advised that any potential baseline bidder may want to have bid protections in place before an auction. For those unfamiliar, a stalking horse bidder is one who chosen by the bankrupt company to place an initial bid on its assests, setting the bar for the purchase price of the sale.

As we previously reported, Marsh listed nearly $70 million in total debt when it filed for Chapter 11 protection on May 11, and is looking for a quick sale of 40 of its best-performing stores in Indiana and Ohio. While the company liquidates its other 20 remaining stores, Marsh is also looking to find a buyer before its June lease payments arrive.

"While I do note that it is certainly a very expedited timeline...I am satisfied the bid procedures are appropriate under the circumstances," U.S. Bankruptcy Judge Brendan L. Shannon stated.

Objections as to whether the company’s initial Memorial Day stalking horse deadline would give other potential suitors enough time to gauge the value of Marsh’s assets–allowing competing offers to maximize the value of the sale–led to the deadline now being pushed back to June 5. The objections were raised by the official committee of unsecured creditors.

"We don't have a [debtor-in-possession loan] here and that kind of puts us in an interesting spot," Committee Attorney Seth Van Aalten of Cooley LLP said. "There is not a lot of cash here and the longer we go, the more we're going to pick up in unbudgeted expenses."

The committee stated that the deadline extension should encourage other bids, and as of this time, does not oppose Marsh’s rapid timeline which calls for an auction on June 12, and a sale hearing on June 14.

The committee also has yet to hear from any prospective bidders that they would need more time to put an offer together.

Read the entirety of the Law360 article here.

With Marsh continuing to march towards auction, Deli Market News will keep you apprised to the latest.