Following its acquisition of Safeway's branch, how does the new CEO say he plans to turn around what he says has been a flop?

Since Sobeys' acquisition of Safeway Canada in late 2013, the company has had to deal with the reprecussions of a less-than-smooth transition. Now, with the arrival of new CEO Michael Medline at parent company Empire, Sobeys may now be well-poised to turn its struggles around with what Medline refers to as a sharper, more simplified strategy.

“We will take aggressive and bold actions to address the issues in our business, and we are prepared to make the tough decisions and [take] decisive actions necessary to see Empire return to sustainably profitable growth,” Medline said on a call with investors, according to The Globe and Mail.

Medline acknowledged its integration of the new Safeway Canada business was fraught with several issues, resulting in unstocked shelves and less-than-happy customers.

Having changed its sourcing policies for fresh produce and switched its private labels, the company found itself struggling to compete with the trends of lower pricing in Western Canada, the source explains. The company’s discount chain, FreshCo., currently is not located throughout Canada’s western provinces, but Medline suggested that, while not an urgent project, he is studying whether or not to expand the banner into the competitive market place. 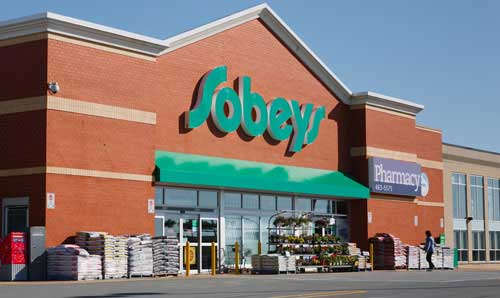 Over the past year or so, Sobeys has dropped its prices, Globe and Mail explains, but Medline made clear the retailer is aware there is more to attracting customers than just price. “In my long experience with different banners, when you take away what’s dear to customers, there’s a grave effect,” he explained, possibly referring to the company's decision to switch its Safeway brand out in favor of Sobeys Compliments line.

“Our results are not where they need to be,” Medline was quoted in the company’s earning report. “We have the employees and assets to put much better numbers up on the board...although it will take time, we will deliver such results.”

What will we see from the newly-helmed retailer as we head into its final financial quarter of the year? Stay tuned for more on this and the continually changing Canadian retail landscape.