After a second quarter of new stores in nine different states, Sprouts is continuing its push towards growth despite a deflationary retail environment, the company announced in its Q2 2016 this morning. With an already 243 stores in 13 states as of August 4, 2016, the company expects to open a total of 36 stores in 2016, representing a 17% increase in total store count. 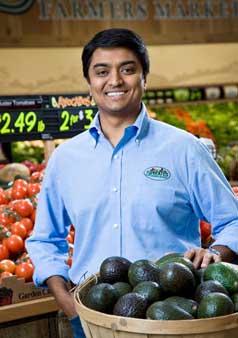 “Sprouts’ healthy living for less business continues to resonate with customers as we grow coast to coast,” stated Amin Maredia, Chief Executive Officer of Sprouts. “Despite the deflationary environment, our team continues to produce solid comparable store sales growth through improved traffic of 3.5% and increased tonnage. We remain laser-focused on our strategic priorities to drive performance today while continuing to invest in team members, technology, and infrastructure for sustainable long-term growth.”

Sprouts has been tracking growth for the past two years, announcing in 2014 its intention to add 1,200 new locations in the next decade or so. Just in June, Sprouts reaffirmed this intention with the announcement that it is to hire upwards of 2,500 employees. 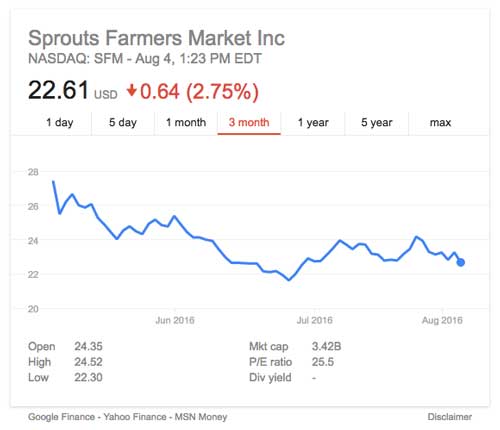 When asked on a conference call with investors what the chain’s plan was if its markets continue to get more competitive in fresh pricing, Maredia explained, “Customers are demanding more fresh product today, so it doesn’t surprise us to see competitors be more promotional in these areas. It’s a pretty competitive environment, but as an organization, we’ve had long-standing pricing promotional strategies to work with this.”

Maredia noted that despite the competitive market, Sprouts has seen market share gains due to other retailers struggling to find their footing. “The share gain in our minds is coming from these softer players who are not investing and not looking to trends, etc.,” Maredia continued. “With the likes of Aldi coming into Southern California, we’ve been watching them very carefully. They now have 13 stores within 13 miles of our stores and we’ve not seen any material impact. We have good strategies to deal with these competitors.”

Along with the focus on competition and growth, the company announced the following other highlights in its Q2 report:

Will Sprouts continue on its plan for new stores despite the increase in competition? Deli Market News will keep on feeding you updates as they come.