After revealing positive gains from the wholesale side of its most recent financial report, SuperValu is pushing forward its agenda in the Chicago area. Acquiring a former Central Grocers-owned distribution center for $61 million dollars in Joliet, Illinois, analysts say the move will help SuperValu distribute to more independent retailers in the region.

As reported by the Chicago Tribune, the change in hands of this facility will likely expand the number of items consumers will see in stores that had been primarily served through Central Grocers wholesale business. The now-bankrupt company operated as a wholesaler for more than 400 independent stores in the Chicago area, and SuperValu has been able to acquire business from many of these. 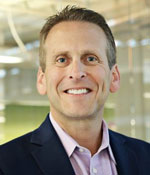 A double digit increase in net sales from the wholesale side of SuperValu’s business during Q1 2018 gave the company’s shares a nearly 10 percent jump earlier this week. SuperValu also made final its $375 million acquisition of Unified Grocers last month.

Will continuing to ramp up its focus on wholesale pay off for SuperValu and its investors? Stay tuned as Deli Market News continues to survey the buy-side scene.