Are new store locations in a new format a sign that the retailer is shifting strategies yet again?

The Big Apple is about to see some big movement from Target. The retailer is expanding its efforts to step into New York City with more small-format locations. The new stores will be built throughout the city over the coming four years to attract a younger audience and expand the retailer’s footprint in key urban areas.

The new locations—which are expected to measure 22,600-, 46,000-, and 47,00-square feet, respectively—are much smaller than the Target superstore model, according to Target’s website; the slated stores include the following:

The retail giant already has a small-format store in NYC’s very own Tribeca neighborhood, but a CNBC report offers insight that Target is expecting to operate 130 small-format stores throughout the U.S. by the end of the next calendar year. In a previous expansion announcement by the retailer, news broke of the retailer’s plans to put a smaller store in Hell’s Kitchen in 2019, with locations on the Lower East Side and East Village scheduled to open this summer. 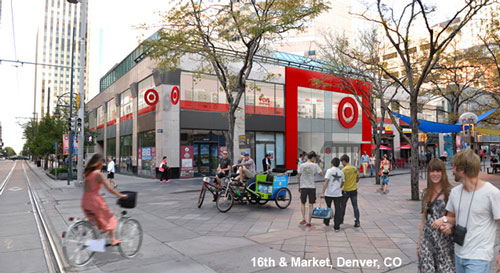 After opening six locations last year in the city that never sleeps, this is just the most recent step Target has made to expand its presence in NYC. In addition to these new stores, more locations are set to pop up in Chicago and other Northeast cities.

The move to continue building smaller format stores has been with promising success, according to CEO Brian Cornell.

As of last February, Target closed a 914,000-square-foot e-commerce distribution facility in favor of online distribution, potentially transforming the individual stores into “mini-fulfillment centers.” Further, the company announced plans last March that it intended to make significant investments into the reimagining and revamping of brick and mortar stores.

Deli Market News will continue to keep you updated with the latest.