Chobani yogurt has leveled up from its grocery aisle offerings at Target, and has made headway into its own featured retailings in the chain’s newly-announced Chobani Café. The new café, will be located inside a Target store in the Tribeca neighborhood of NYC.

"There are a number of things we're excited to share with guests who shop the Tribeca store, including the freshness and convenience of Chobani Café, trendy and affordable apparel and home products, and a merchandise presentation that will make it fun and easy to shop," said Anne Stanchfield, Vice President of Flexible Formats and Localization at Target, in a statement.

The café is made possible through Target’s flexible format store strategy. The 1,100-sq.-ft. café will open within the new two-level, 45,00-sq.-ft. Target Tribeca store, and feature the following products in its cozy setting:

Also a star feature to the selection, will be a series of made-to-order Mediterranean themed sandwiches, salads, and Greek yogurt dishes. The café will be operated and staffed through Chobani, who will also curate the café’s menu.

The café will be Chobani’s second retail location, following the company’s first installation of a brick-and-mortar store from 2012 in the SoHo neighborhood of NYC. The company said that its first location has doubled the size of both its store and menu since opening.

"We always wanted to open a second cafe, and the timing just worked out with Target -- the downtown area in Manhattan is booming and is very dynamic," stated Peter McGuinness, Chief Marketing and Brand Officer at Chobani, in an interview with TheStreet.

Although Chobani said that it’s currently not planning more Target cafes, it is looking to expand its standalone cafes with three more locations, and up to ten more next year. McGuinness said that same-store sales at the SoHo café were up 100 percent year over year, and increased 89 percent over last year. McGuinness divulged that same-store sales are up 25 percent in 2016 so far.

Target’s strategic moves seem to be making a splash in the financial realm as well, as Jim Cramer and Jack Mohr of Action Alerts PLUS stated in a recent note, “While we do not believe Target is immune from competitive pressures, we remain optimistic on shares as well as the company as it continues to execute on its key initiatives in digital, signature categories, food/grocery, and the supply chain." 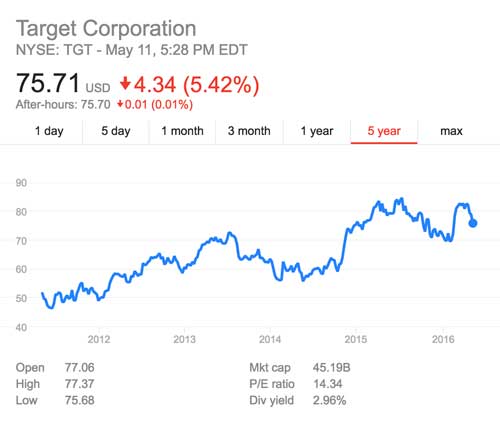 The Target Chobani Café is slated to open in October of this year. Of its roughly 1,800 store count, nearly 1,700 Target stores currently have cafes.

Keep your cursor over DeliMarket News as we continue to report on Target’s innovative small store, flexible format strategies, and Chobani’s expansions in the coming year.