Texas Comes Out on Top in Retail Space Added for 2016

Amidst the tightness of the segment, why have retailers pinned Texas as the hottest state to lay new roots?

Competition is fierce amongst the buy-side sector, and as retailers are always looking for a new edge to take them towards the top, it looks as though Texas may be at the center of a few strategies.

According to JLL’s 2017 Grocery Tracker, buy-side growth over 2016 put Texas as the most coveted space with 3.04 million-square-feet of new grocery stores implemented, which accounts for little over 16 percent of the total growth throughout the year across the U.S.

“Grocery operators have been capitalizing on Texas’ continued population growth, especially in metro areas like Houston and Dallas. 2016 data revealed that the Houston market experienced record single-family sales for the second time in three years and is second in annual new home starts behind Dallas,” the report stated. 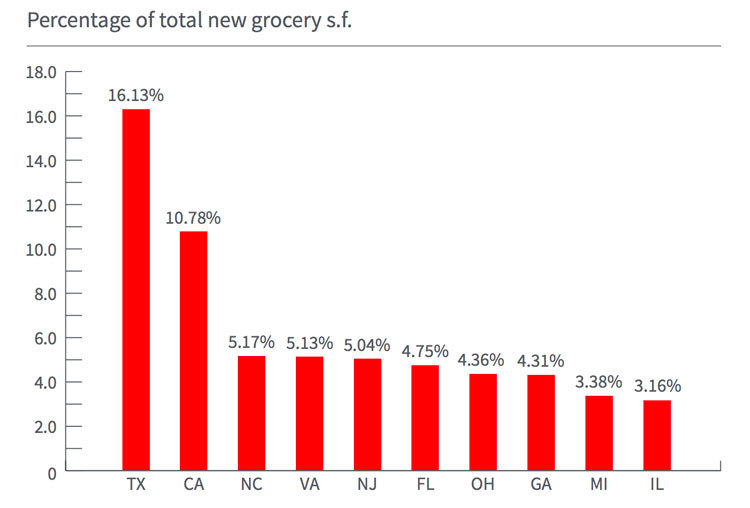 JLL emphasized that Texas is particularly attractive to retail strategies as strong residential growth allows for chains to potentially tap in on new and strong shopper bases.

Kroger and H-E-B were the chains to gain the biggest toehold in the Texas market over 2016, specifically in Houston and Dallas. JLL noted that Kroger opened around 35 percent of all new Texas stores, with a primary focus on suburban regions.

Close behind the Texas appeal for growing chains in 2016, came California. The state boasted almost 11 percent of total square footage added last year, with a heavy focus in Southern California. 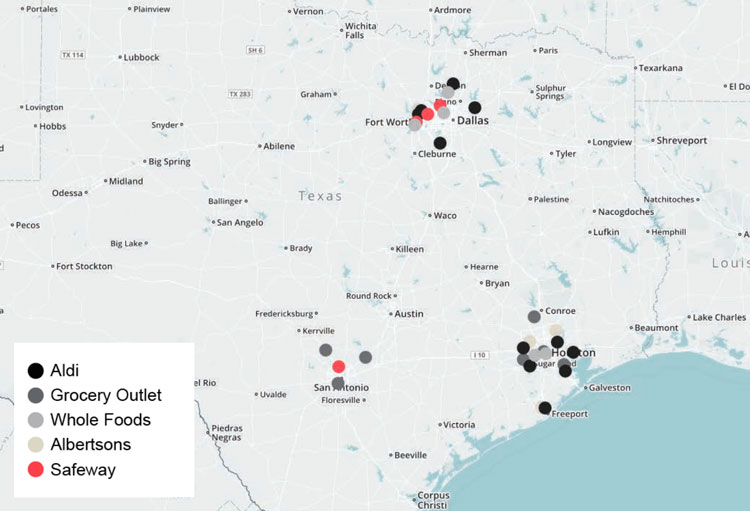 As the buy-side sector looks forward to the rest of 2017, JLL stated that a continued focus will be convenience. As consumers shift their needs and the way they shop, the chains at the top of the list are projected to be the ones who match and meet those consumer requirements. Value-added, grocery delivery, speed through technology, and urban concepts will all be ongoing points of focus.

Which state will retailers have their eye on for 2017’s growth? Deli Market News will report.