How have the retailer's recent investments translated into its biggest sales increases since 2012?

After a year replete with acquisitions, restructuring efforts, and shifting priorities, Walmart has announced strong fourth quarter earnings and robust growth—particularly in e-commerce.

“We're moving with speed to become more of a digital enterprise and better serve customers,” said President and CEO Doug McMillon, in a press release. “We had a very solid fourth quarter with U.S. comp sales growth of 1.8 percent and U.S. e-commerce GMV growth of 36 percent.”

In total, the company generated $11.9 billion in operating cash flow and returned $3.6 billion to shareholders through dividends and repurchases.

“Our international business is consistently delivering solid sales growth in constant currency, and Sam's Club posted its best comp sales growth of the year,” McMillon noted in the company’s statement. “I want to thank our talented associates for their work. We have more work to do, but I'm pleased with our progress.” 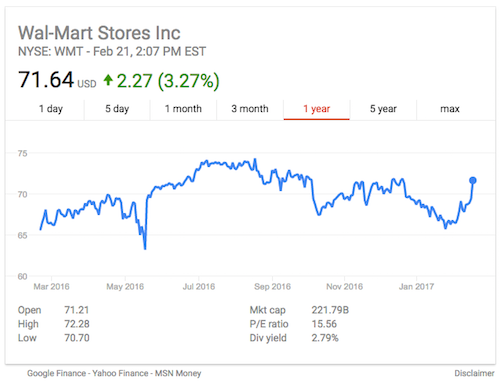 Deli Market News will bring you updates on this and other important retailers in the produce industry.