Walmart is closing 269 of its locations, including all 102 of its small format Walmart Express stores, to re-focus its attention on strengthening its Supercenters and Neighborhood Markets, as well as its e-commerce business and Pickup services.

“We said in October at our analyst meeting that it’s more important now than ever to review our portfolio and close the stores and clubs that should be closed,” Walmart President and CEO Doug McMillon said in a statement. “Ultimately, this is in the best interest of our company and reflects the priorities of our growth plan. That plan is focused on winning with stores, deepening our digital relationships with customers, and enhancing critical capabilities through technology and data, a next generation supply chain, and talent.”

These store closures come both domestically here in the United States, as well as in international markets. In addition to the 102 Walmart Express stores being shuttered, the retailer is shutting down 23 Neighborhood Markets, 12 Supercenters, seven stores in Puerto Rico, six discount centers, and four Sam’s Clubs, according to a press release. Internationally, the company is closing 115 stores, including 60 in Brazil and 55 in “Latin American markets.”

“We are continuing to grow, and we’re making smart choices in managing our portfolio,” McMillon continued. “Even with today’s actions, Walmart will continue to invest in its future, with plans to open more than 300 new stores worldwide over the coming year – in the U.S. Walmart intends to open 50 to 60 Supercenters, 85 to 95 Neighborhood Markets, and seven to 10 Sam’s Clubs. We will also open 200 to 240 stores internationally.” 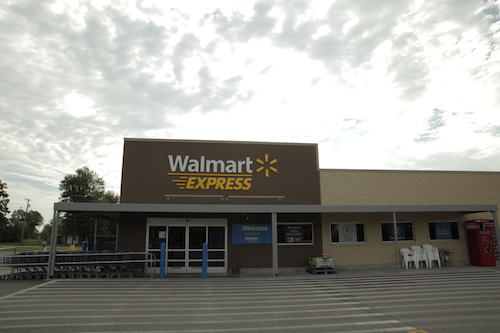 Approximately 16,000 employees will be affected by this decision. Of those associates, 10,000 of them are in the United States. They will either be laid off with 60 days of pay or relocated to other nearby stores.

Walmart outline the financial impact of these closures as approximately $0.20 to $0.22 of diluted earnings per share from continuing operations, with approximately $0.19 to $0.20 expected to impact the fourth quarter of fiscal 2016. The remainder of the impact will fall into the first half of fiscal 2017.

With more retailers trending towards smaller format stores, such as Target with its TargetExpress and Target City, as well as Kroger, Raley’s, Ahold, and H-E-B, will this move be a benefit for the retail giant? DeliMarket News will continue to follow the story as it is uncovered.