With a focus on fresh food, this retailer's online arm is testing new on-ground concepts

As brick and mortar and online retailers increasingly vie for the fresh food marketplace, the future of fresh is unpredictable. And Walmart’s recently acquired Jet.com is further blurring the distinction between online and on-ground with its recently-opened pilot store—a fresh-themed pop-up called “Story Fresh.

The store, which opened last Wednesday in partnership with Rachel Shechtman's Story, will operate through the next six weeks and sell fresh food and food-themed Items. In addition, the store will feature presentations and panel discussions including celebrity chefs like Mario Batali, food entrepreneurs like Maya Jankelowitz, and even makeup guru Bobbi Brown. 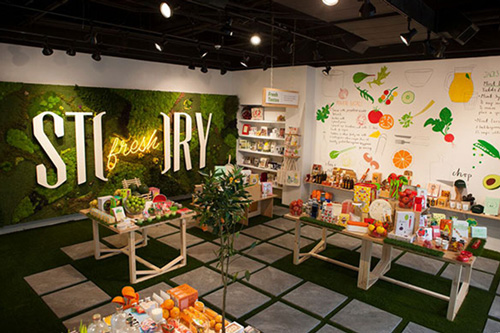 According to a CNBC report, Shechtman, founded Story in 2011 as a 2,000-square-foot "start-up store" that features a rotating line-up of merchandise. Companies like Walmart/Jet.com take over the space for four to six weeks at a time in order to showcase their latest offerings and test the market with new concepts. 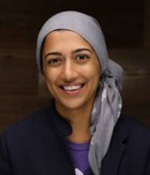 "We are thrilled to partner with Story to introduce Jet Fresh and showcase how we are innovating in the space of online grocery shopping and delivery," said Sumaiya Balbale, Jet.com’s Vice President of Marketing, according to financial news source TheStreet.

Last year, Walmart acquired Jet.com for $3.3 billion. Since then, the company has undergone significant efforts to restructure and prioritize growing its e-commerce operations. E-commerce rival Amazon has conversely made forays into the brick and mortar realm with concept stores and efforts to become more competitive with expanded fresh food offerings. 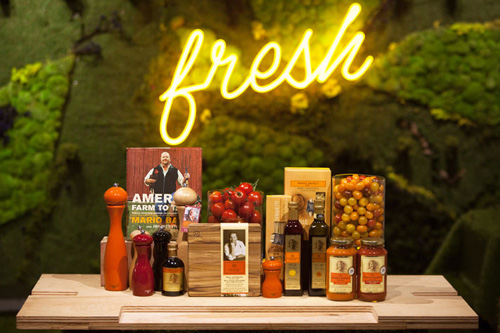 What does this latest fresh-themed pop-up bode for the dairy, deli, and bakery industries? Deli Market News will report with updates.

Jet.com is a shopping site dedicated to saving you more money.

STORY A concept store. We take the Point of View of a Magazine, Change like a Gallery and Sell Things like a Store.