Promoting 7 senior execs into new leadership roles, the company adds a wealth of industry expertise to focus on innovation

Rich Products has announced promotions and new leadership roles for seven senior executives within the family-owned food company. The moves are part of Rich’s long-term focus on growth, innovation, and organizational excellence. 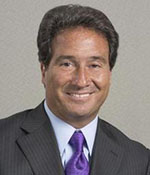 “These talented individuals have risen through the ranks, collectively bringing a powerhouse of experience, thought leadership, and passion to our organization,” said Richard Ferranti, President and Chief Operating Officer. “They’re leading the way as we move with greater speed and agility to meet and exceed the demands of the ever-changing food industry.”

According to the company’s press release, the seasoned veterans bring a wealth of food industry expertise and savvy to the table collectively.

“With a proven track record of success, these dynamic individuals are well positioned to lead Rich’s now and into the future,” added Ferranti.

In his most recent role as Senior Vice President, Customer Experience Officer, Rich led global sales, brand marketing, and culinary functions, as well as critical demand creation activities across the world. Under his leadership, the company introduced a refreshed Rich’s brand identity in 2018—one that celebrates both food and the company’s customer-centric commitment.

Rich joined the family business in 1995 working for the Buffalo Bisons, a Rich’s-owned minor league baseball team. In 1998, he moved to the food side of the business working in U.S. foodservice sales. He went on to build a diverse career serving in progressive marketing and leadership roles throughout the company’s global footprint, including Managing Director of Rich’s Europe/Middle East business from 2009-2012.

Rich also is a seasoned and active member of the food industry, currently serving as the Vice Chair of the Advancement Committee on the Culinary Institute of America’s Board of Directors.

In addition, Rich’s announced new roles for six senior leaders across its United States/Canada business, all geared toward exceeding customer needs and expectations. 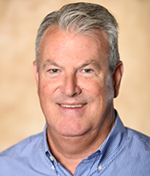 “The food industry is moving at lightning speed, with our customers and their consumers driving rapid change,” said Ray Burke, President of Rich’s U.S. Canada region. “From food trends and the rise of e-commerce, to health and authenticity and digital disruption, understanding where the market is moving and how we can better serve our customers is key. The new roles these senior leaders are taking on are reflective of the changes we’re facing, day in and day out.”

A 25-year veteran of Rich’s, Senior Vice President Nick Stambula takes on leadership for Rich’s key categories, including toppings, creams, and culinary solutions; pizza; desserts; bakery; and protein. He will also drive the company’s mergers and acquisitions efforts. Under his leadership, teams will focus on category growth, innovation, portfolio management, and more.

Wellenzohn also is an active member of the food industry community and currently serves on the Board of Directors for the International Dairy Deli Bakery Association (IDDBA).

Jamie McKeon was promoted to Senior Vice President of Demand Creation. In this new role, McKeon is responsible for accelerating Rich’s position as a leading innovator and solutions provider within the food industry, including strategy development, breakthrough innovation, digital customer engagement, analytics, and research and insight for Rich’s U.S. and Canada region.

Having joined Rich’s in 1997, McKeon previously served as Vice President of Marketing for both Rich’s Foodservice and Consumer Brands divisions. Prior to Rich’s, she spent 10 years at Georgia-Pacific.

McKeon is equally influential in the food industry. A board member of the Women's Foodservice Forum (WFF), she is deeply passionate about gender equity and accelerating the advancement of women in leadership. McKeon also serves on the boards of the Niagara University Food Marketing Advisory, as well as the International Foodservice Manufacturers Association.

Motos joined Rich’s in 2006 from Hormel Foods. Starting as a National Account Manager for major national grocery and club store retailers, Motos transitioned into leading the upstart customer insights team for Consumer Brands. From 2011 to 2016, he grew both the team and business, earning the role of Vice President of Sales in 2016. He was promoted to Vice President of Consumer Brands the following year.

Spratt has held various sales and marketing leadership roles during his 18 years at Rich’s, including Vice President of Sales and Business Development with Rich Products of Canada, where he focused on the foodservice, in-store bakery, and industrial channels. He also serves on the International Foodservice Manufacturers Association (IFMA) Education Foundation’s People Future 2025 committee.

Scott Retelny was promoted to Senior Vice President of Rich’s In-Store Bakery & Deli and Ingredients Divisions. Retelny, who most recently served as Vice President of Ingredients, will lead the organization’s sales and marketing efforts for In-Store Bakery and Deli across Rich’s wholesale distribution and industrial customer channels. Teams led by Retelny will focus on customizing and delivering business support, based on customer demand.

Retelny joined Rich’s from Maple Leaf Bakery more than 14 years ago as a Baking Category Director, where he led national grocery and club store teams. Among his notable career highlights, Retelny took on division responsibility for Rich’s industrial channel, as well as key toppings and icing product category acquisitions for the company.

We’re a family-owned food company dedicated to inspiring possibilities. From cakes and icings to pizza, appetizers and specialty toppings, our products are used in homes, restaurants and bakeries...