Sam’s Club has announced a new focus, the company says, with an emphasis on being less like its discount competitors, and instead provide more upscale options.

“We want to be less of a Wal-Mart,” Rosalind Brewer, President and CEO of Sam’s Club told the Wall Street Journal.

The retailer’s new strategy will mean having to streamline its product lines to include fewer items that appeal to households that earn $45,000 a year, something Wal-Mart is known for, and instead tailor its offerings towards wealthier shoppers with more organic food, brand-name clothes, and 1,000-thread count Egyptian cotton sheets, Brewer mentioned in a recent interview. 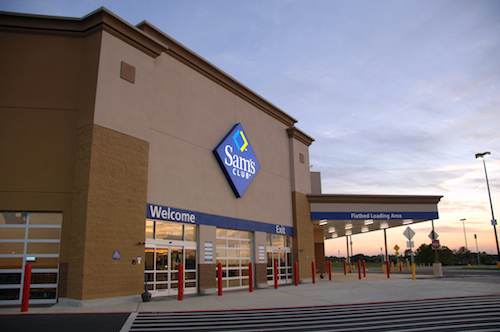 Some analysts believe that Sam’s struggle stems from club stores shifting to a wealthier clientele who are able to afford sharper membership fees, but Brewer doesn’t agree, commenting, “a winning model is when Wal-Mart operates in their lane and Sam’s in their lane.” Most of Sam’s products are already different than Wal-Mart’s, but when Sam’s sells single deodorants or Wal-Mart sells five pound bags of frozen strawberries, the two stores are competing, she told the New York Times.

For the past five years, Sam Club’s growth has lagged behind Costco’s, with total sales at Sam’s hitting $58 billion last year ,while Costco booked $110 billion from its 664 global stores. Costco has done well in part because it focuses its stores around wealthier urban areas and along the country’s coasts. Costco also ventured further into the organic food category, now selling $4 billion worth of organic products a year, said Richard Galanti, CFO for Costco.

The next venture for the company, the Wall Street Journal reports, will be tests for a high-end Sam’s banner in two regions. The retailer will be testing more individual prepared meals, pricey furniture, apparel, and food alongside the bulk products the company is already known for. The hope is that this test will allow a small team of Sam’s buyers to practice selecting products with wealthy consumers in mind.