From Shark Bait to Business Great

Since being featured on ABC's the Shark Tank in 2013, it's been all frosting for Wicked Good Cupcakes®.

As legend has it, after appearing on the show, Kat Cole, former President of Cinnabon and current Group President of FOCUS Brands (Cinnabon's parent company) responded to a tweet made by the founders of Wicked Good Cupcakes and set up a conversation with them. She was quickly impressed and the rest, as they say, is history. After months of collaboration, learning and mentoring, the two groups emerged with an officially-branded product called, Wicked Good Cinnabon Cupcakes. 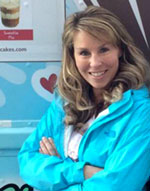 Tracey Noonan, mother and Founding Partner of Wicked Good Cupcakes explains, "Kat Cole is a female businesswoman who started at the bottom and worked her way up...just like us." She added, "with all that she achieved at Cinnabon, and her involvement in many other successful startups, we are amazed and honored that she would take the time to mentor a mother-daughter startup like ours. We are so grateful for this wonderful opportunity." 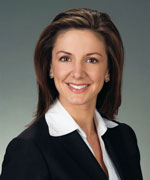 Kat Cole was pleased with the dynamic duo she had the opportunity to work with as well, stating, "It brings me such joy to work with innovative companies like Wicked Good Cupcakes and the ambitious women who run them. Having been in their shoes as women paving our own paths and being so involved in early stage consumer businesses, I know first-hand about the challenges that up-and-coming entrepreneurs face. I'm glad to lend a helping hand when I come across a young business that has great potential and passionate founders."

All of the new items are created with Cinnabon signature ingredients, including Makara® Cinnamon, cream cheese frosting and Ooey-Gooey™ cinnamon spiced filling. So, although the products are new and cupcake-styled, the takeaway flavors are undeniably Cinnabon.

Now onto the flavors:

The products themselves can be purchased on the Wicked Good Cupcakes website and at the retail location in Boston's Faneuil Hall Marketplace. Prices range from $19.95 for a 2-pack set to $39.95 for a 4-pack set and $55.95 for a 6-pack set. Additionally, they can last up to six months frozen, or up to ten days without refrigertion, so you have options once purchased.

This is an inpiring story and it shows that it really doesn't matter who you are or where you're from. If you're willing to "learn to swim, real fast," and commit to your ideas, you can make your product stand out among an ocean of products, even while being circled by sharks.

Our mission is simple - to bake the world's greatest cinnamon roll. We also make a variety of other delicious baked goods and specialty beverages.

We're Shark Tank survivors and TSA famous, but most of all, we love shipping cupcakes in jars across the country! Who's ready for a wicked sweet time?

Atlanta-based FOCUS Brands Inc. is the franchisor and operator of over 4,500 ice cream shops, bakeries, restaurants, and cafés in the United States, the District of Columbia, Puerto Rico, and 60...