California cheesemongers brought with them flavorful tools to elevate the category. Read on to see who came out on top

In the food industry, competition isn’t just about being “the best of the best.” Any chance to compete is also an opportunity to learn from your fellow participants. This mix of flavor and fun is exactly what Larkin Cold Storage’s Adam Moskowitz cooked up at the recent LAFonDuel event on December 7, welcoming cheese shops from the Los Angeles, California, metro area to prove their prowess in the melted cheese category.

“For this event, I was inspired by one of my alter egos, DJ Fondastic, who serves up banging fondue for friends as an easy and delicious culinary experience. Bringing this concept to the industry stage, I ventured to show people that fondue is still hip and cool by inviting local cheese shops to compete in a fondue challenge,” Adam told me, noting that this year marks his first FonDuel event outside of New York. 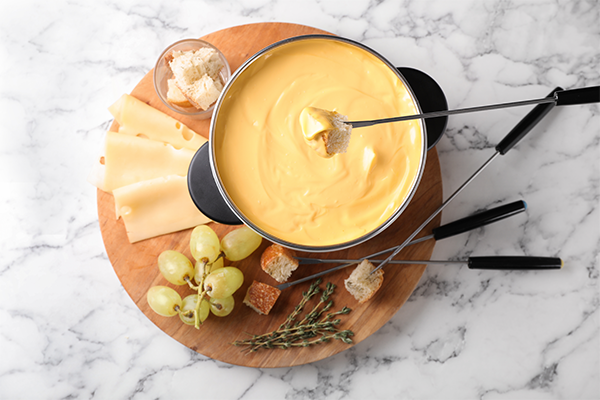 Cheesemongers set up their table with a fondue pot, butane burner, and their selection of cheese and creative ingredients to create the perfect fondue bite. The only rule for the event is that participants utilize a cheese from the event sponsor, Columbia Cheese.

Attendees from the general public gather at the event to rank the delicious creations, with each participant receiving votes based on their performance. Adam explained that this most recent event was the biggest FonDuel yet, with his previous record of 80 attendees blown out of the water with 150 guests in LA.

“We had six LA metro cheese shops participating. The winner was Cheese Cave of Claremont,” said Adam. “In second place was Milkfarm, and in third place was DTLA. Of course, the fondue was fondastic. I was overwhelmed by LA’s response and approach to fondue—everyone competed enthusiastically and there were many unique flavor creations.” 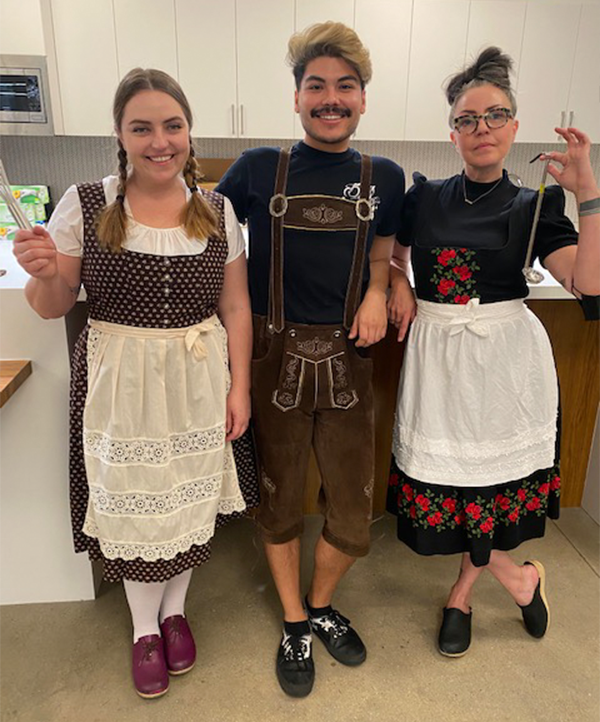 The Cheesemongers at Cheese Cave of Claremont, Marnie Clarke and Jacobe Varela (pictured above), truly served up the total package, competing dressed in traditional lederhosen and dirndl.

“We did a 50/50 blend of Challerhocker and Rahmtaller mixed with La Cuvee des Gueux, a white wine from the Savoie region of France. Our not-so-secret ingredient that really made it special was what I consider the best black peppercorn that exists in the world, from Diaspora. We served it with what we called Corn Two-Ways, which was Cornichon and baby corn dusted with Alp Blossom flowers, which is another cheese from the Columbia portfolio,” Marnie explained. “It was a bustling environment, giving people tastes and going over what was in the bite, so it had me really amped up to make fondue. There’s such a wide variety in the Columbia cheese portfolio, and I don’t think anything was repeated. You really can’t go wrong with hot cheese, especially with the cooler weather coming into California.”

I could not agree more with that statement. So, as Adam likes to say, simply “fondue it” and watch the cheese category love flow.

We are masters at importing who believe the heart of a successful business is secure logistics.