Base Culture to Unveil New Packaging

In order to stay fresh and in front of consumers, companies often undergo rebrands to keep their messaging up to date. Base Culture, maker of Paleo and gluten-free baked foods, recently revealed all-new packaging alongside an announcement that it plans to reduce the sugar in its Almond Butter Brownies and Cashew Butter Blondies. 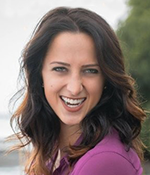 "We've always been committed to providing delicious baked goods that satisfy our consumers. Our pure Paleo ingredients have always been beautiful on the inside, but our fresh new packaging will strengthen our branding and have us looking just as beautiful on the outside," said Jordann Windschauer, Founder. "We come from humble beginnings, but have stayed persistent. Base Culture has been on a really steady, fast growing trajectory. We're so optimistic about all that's ahead in 2020."

It was only last summer that Base Culture introduced its Original Keto Bread and 7 Nut & Seed Bread. Due to overwhelming consumer demand for all things Keto, this launch was incredibly successful, the company noted in a press release. 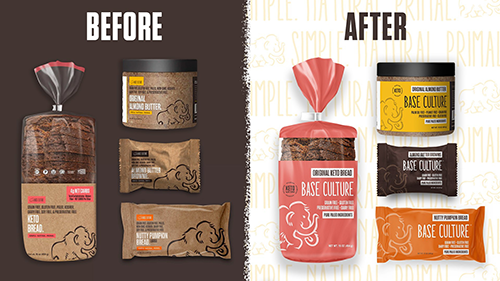 On top of the new packaging announcement, Base Culture also came to the newswire with an award under its belt. The company was named a NEXTY award finalist for its Original Keto bread in the frozen category.

Base Culture all began when Windschauer started her 30-day Paleo challenge in 2012. She couldn't find any truly Paleo baked goods that were nourishing, clean, and delicious. So, she decided to make them herself. Since then, the line of baked goods and snacks has spread like wild fire and can now be found in major retailers such as Albertsons, Whole Foods, Kroger, Walmart, Safeway, Wegmans, and Sprouts.