In my family, cheesecake is always on the table for special occasions, so the dessert will always hold a bit of nostalgia for me. Carnegie Deli is one delicatessen that continues to deliver that experience for thousands of consumers with its delectable cheesecake. In great news to fans and novices alike, Carnegie Deli launched a new product: Chocolate Covered Cheesecake Bites. 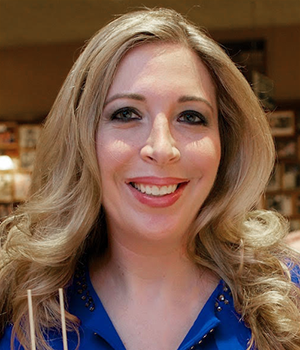 “We took our luscious, velvety cheesecake and covered it in premium dark chocolate to create perfectly poppable bite-sized treats to store in the freezer,” said Sarri Harper, Chief Executive Officer of Carnegie Deli. “Each bite’s luxurious dark chocolate shell and approachable ‘pop’ is what truly sets this product apart. Rather than slicing up a traditional cheesecake and storing the leftovers, these bites make for easy snacking, entertaining, and sharing.”

More convenient and easier to eat than some other popular desserts, Carnegie Deli offers a Party Pack including 120 bites for entertaining that is sure to impress guests. The packaging is designed to be approachable, compelling, and an easy entry point for first time consumers.

“The cheesecake bites allow consumers to enjoy Carnegie Deli’s iconic cheesecake, without the commitment of a whole cake. Besides the fact that everyone likes products in miniature versions, Carnegie Deli is confident that one pop of a cheesecake bite will speak for itself,” Sarri told me. “The deli is aiming to engage a younger demographic, including families, and these bites are easier to store, snack on, and share. Carnegie Deli is making cheesecake for dessert the norm.” 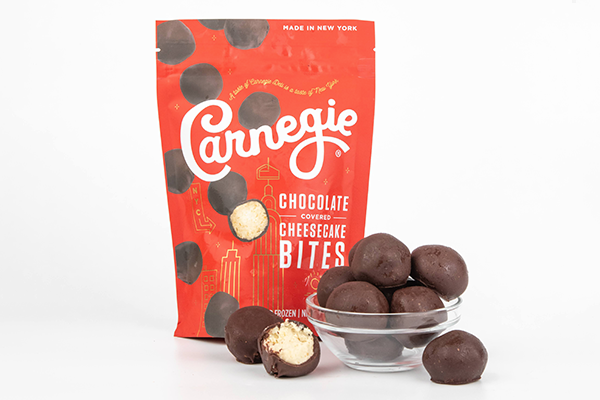 According to Sarri, the Chocolate Covered Cheesecake Bites are the company’s first major cheesecake iteration since going direct-to-consumer. Carnegie Deli also launched a Chocolate Marble cheesecake earlier this year, but this is the first cheesecake product that breaks away from its traditional cakes.

Consumers can find the new product online at Carnegiedeli.com and in national supermarket retailers such as Wegmans. Carnegie Deli products can be located at retailers and restaurants nationwide here.

Hungry for more innovations in the specialty space? Stick with us at Deli Market News.

McCormick® Releases Flavor Forecast® and Inaugural Flavor of the Year;...

A taste of Carnegie Deli is a taste of New York