Inherent in my role as a trade news writer is the art of telling a story, but some stories come to me on a silver platter—or in this case, on a pickle cart. For instance, Travis Grillo, Founder and CEO of Grillo’s Pickles, took an underdog beginning and turned it into a top-dog narrative. 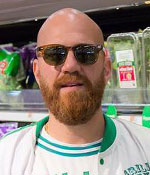 “I was denied a job at Nike, where I planned on being a sneaker designer,” Travis began. “And that summer, while I was sitting outside my parent’s house eating a garden fresh pickle, whose recipe has been in our family for one hundred years, I had an old-fashioned light bulb moment. I thought, ‘You know what? I’m going to sell these pickles.’”

Travis took his makeshift pickle business to the streets, selling his wares from a cart parked in the Boston Common of Downtown Boston. There was a running joke among other vendors: that Travis’ pickle cart wouldn’t last. But the brand was ahead of its time, incorporating fresh, natural food that people craved. 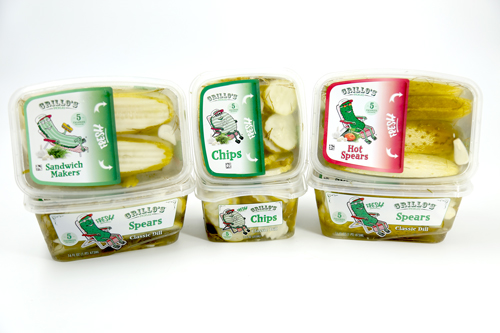 Travis’ pickle cart did more than last; it flourished. Now, Grillo’s Pickles is a national brand, distributed throughout over 7,000 stores, including big names like Whole Foods, Wegmans, Publix, and Walmart.

“We’re changing the way that pickles are manufactured because we’re going garden to jar. We’re not trying to preserve a pickle for a year. Everything is made to order, so it's as fresh it gets,” Travis said. “We think the pickle category is going to be the complete opposite of what it is in 10 years, which is part of the Grillo’s movement.”

As the company continues to redefine what it means to be fresh, Deli Market News will keep you up to date on the latest in specialty foods.

Jeff and Denise Malkoon Discuss How Americano Foods is Elevating...

It all started with a wooden cart in the Boston Common, and now Grillo's Pickles can be found in markets, grocery stores, and restaurants across the nation. Through it all, Travis Grillo's family's...