Debuting a new line of specialty SKUs, the up-and-coming brand sidles up to players in this hot category

“We had a vision for creating a specialty food company that would transform the industry by bringing to market unique, premium, and authentic brands that are rooted in Mexican culture,” commented Co-Founder Karen Beckmann, a 12th generation descendant of José Cuervo, the actual person. She now serves as Board Member and controls a significant share of Becle SAB de CV, the publicly traded holding company that owns Jose Cuervo. 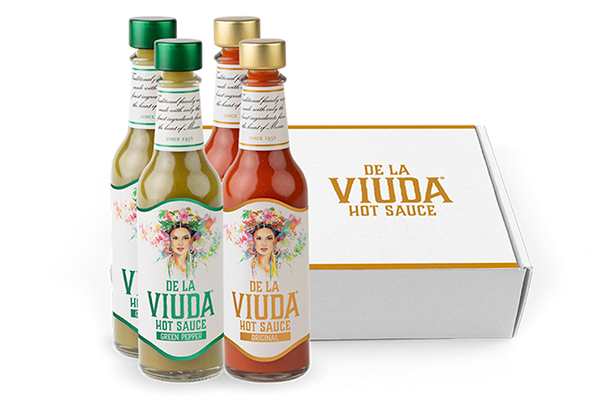 Available in Original and Green Pepper, this collection is the first product launch from the La Viuda Company by Co-Founders Beckmann and Marlon Bolasingh, both well-established entrepreneurs who have worked with some of the world’s most recognizable brands. 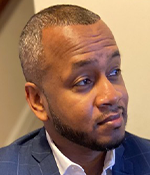 “The hot sauce category is experiencing double-digit growth, and North America is the fastest-growing market for the demand of hot sauces. The United States consumer palette has evolved over the years, supporting a rising trend in consumers’ acceptance of spicier foods and global flavors,” Bolasingh shared.

Bolasingh has 20 years of experience in the food and beverage (including spirits) industry. He last served as President of an 85 million dollar revenue CPG company, Cholula Hot Sauce, where he quadrupled the revenue over the span of six years. Bolasingh also created two companies from the ground up and has led the diligence of an over $300 million dollar transaction and sale. 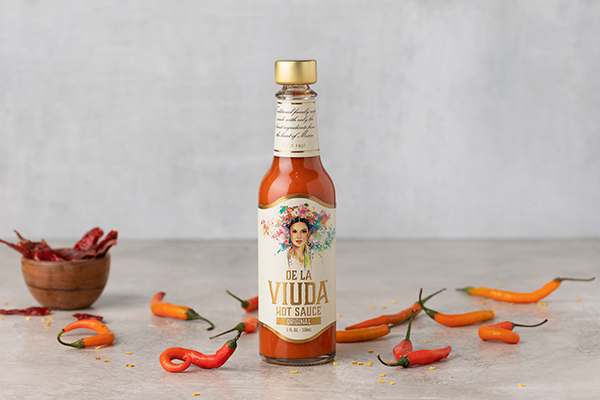 Made from 100 percent Mexican peppers, the hot sauces use premium ingredients, are gluten-free, and are vegan. The Original flavor is crafted with chile de árbol peppers while the Green Pepper flavor features a mix of poblano and habanero peppers, and both are finished off with a proprietary blend of spices.

They come in beautifully designed display boxes that include four 5 oz bottles: two Original and two Green Pepper for $19.99. The collection is currently available online at Amazon and is already launching in major retailers across the U.S. and internationally, including Wegmans. 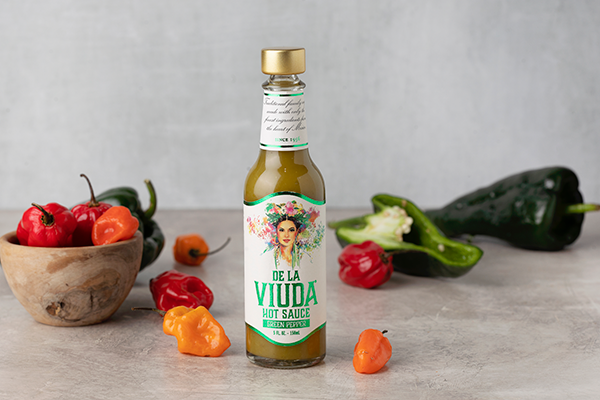 According to the release, the recipes were created and are crafted in Mexico to embrace the country’s rich culture. The zest and beauty of De La Viuda Hot Sauce are showcased in the flavors and bottle art, which are inspired by the life of Señora Sanchez, a widowed mother of four from Jalisco, Mexico. To honor her late husband and provide for her children, Señora Sanchez opened a street cart to sell the homemade hot sauce he so adored. De La Viuda Hot Sauce is a tribute to the legacy of sharing real spice and passion.

Keep an eye out for stand-out products and trendy influences with Deli Market News.

De La Viuda® Hot Sauce artfully pays tribute to the spirited influences and passions of Mexico in each and every bottle. Splash De La Viuda® on your eggs, pizza, wings, burgers and all your...