As soon as autumn hits, I want warm flavors, and I know that shoppers like me go crazy for those cozy vibes. To entice consumers and help retailers bring in more foot traffic, Shamrock Farms jumpstarted the holiday season with a launch of new eggnog and whipping cream flavors. 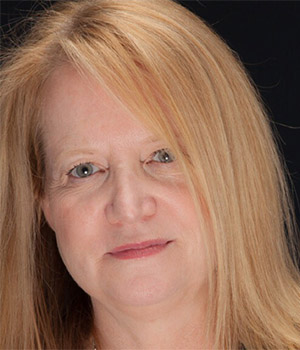 "People tell us they love our whipping cream, and each year it becomes increasingly popular," said Ann Ocaña, Chief Marketing Officer. "Not only are people using it in recipes or to top beverages and desserts, but they're also enjoying it as a treat on its own. Now with four new indulgent flavors, these first-of-a-kind whipping creams offer even more ways to enjoy our delicious creams in unexpected ways."

The popular line of farm fresh whipping creams has been expanded to include flavors such as Pumpkin Spice, Vanilla Bourbon, Homemade Vanilla, and Decadent Chocolate.

According to a press release, the new whipping creams are made with rBST-free cream using a hands-on process and a proprietary formula, developed with both chefs and at-home cooks in mind. Lightly sweetened with real cane sugar, Shamrock Farms' rich creams will save time and effort in the kitchen this holiday season.

Available in 16 oz resealable bottles with a flip top lid, Shamrock Farms Whipping Creams can be found in the dairy case regionally across the West and Northeast in Albertsons, Fry's, Giant Food, Giant Martin's, and locally at Walmart and Target in Arizona. 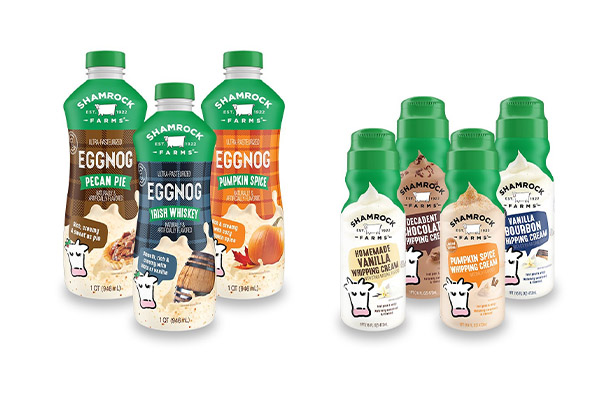 "Our new line of eggnog is a totally new way to enjoy the tastes of the season," added Ocaña. "Every year, we see huge demand for our small-batch eggnog, selling out before the season is even over. Our recipe has been perfected over three generations, and we know people are going to love the new flavors."

The eggnog recipe, which has won awards, starts with pure, fresh milk from Shamrock's family of local farms and is made with a custom blend of spices for a rich and creamy taste. Available in 32 oz bottles with resealable closures for the freshest taste, the new line up of Shamrock Farms Eggnog is now in dairy cases regionally at Fry's, Albertsons, Giant Food and BevMo, and locally at Walmart and Target in Arizona.

The company also noted that the product will be available nationwide at ALDI and Dollar General, upping its distribution footprint significantly.

Keep checking back as we report on all things dairy, specialty, and deli.

Milk is the star of your story. We’re proud of the story that’s happening every day at our family of farms. But what’s really special is the way our products become part of your stories, too.