I imagine many first-generation company leaders could not even dream of the innovations their businesses utilize today. The thought crosses my mind as I listen to the story of North Country Smokehouse (NCS), a third-generation, family-owned smokehouse that’s been doing business for more than a century. 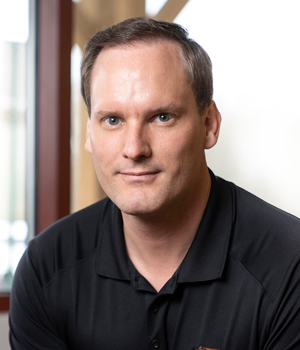 “Previously owned by Meat Industry Hall of Famer, Mike Satzow, the business began as a butcher shop and retail location right here in Claremont in 1972,” Aaron Corbett, Chief Executive Officer, tells me. “In the late 70s, he began smoking his meats and quickly realized the outstanding flavor was in high demand. He sold his meats at foodservice for many years, working with discerning distributors selling to white linen restaurants.”

When Satzow decided to sell the business in 2014, he maintained a firm belief that the air and water in Claremont, New Hampshire, were part of his signature recipes, and worried moving the plant could affect the quality and flavor. Enter duBreton, which Satzow had been sourcing his raw materials from. The company saw an opportunity to grow in the United States and agreed to not only buy the business, but build a new 62,000 square-foot smokehouse in Claremont. 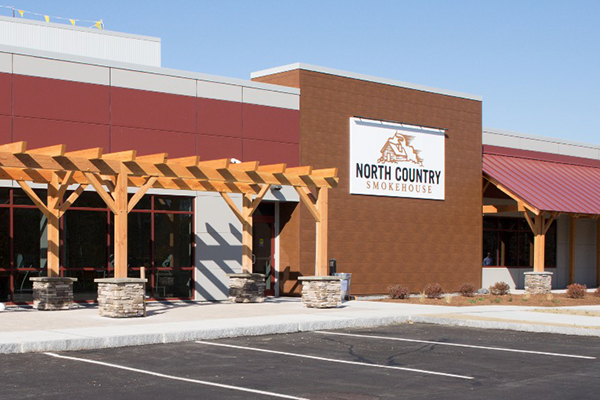 “In 2015, the new NCS facility opened its doors, and since then we have expanded into retail with certified humane and organic smoked meats, and we are now in over 4,000 upscale retail locations,” Aaron says. “We continue expanding west through recently developed partnerships with distributors like KeHe, Tony’s Fine Foods, and Newport Meats, as well as California-based retailers Gelson’s Market and Bristol Farms.”

According to Aaron, the move toward the West Coast was set into motion four years ago, when Mike Kelly, Vice President of Business Development, joined the team. His more than 30 years of CPG experience plays a large role in expanding the company’s certified humane and organic bacon, sausage, deli meat, and ham at retail.

In addition to its retail focus, NCS has invested heavily in innovation, food safety, and sustainability through the facility built by duBreton.

“It was important to maintain as much consistency as possible throughout the transition to the new facility, to ensure the products’ flavor and textures weren’t compromised in any way,” adds Aaron. 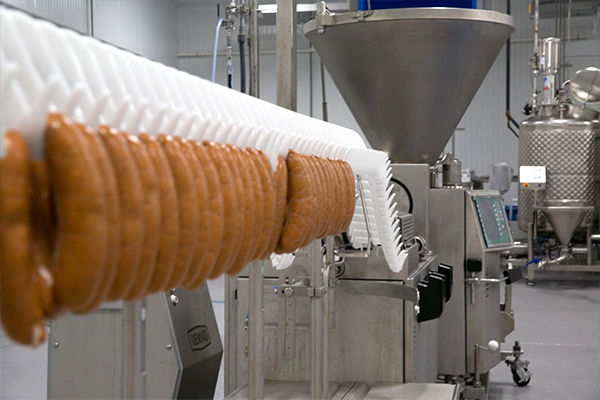 The purpose of the facility’s design was to meet the needs of food safety and compliance standards while ensuring it was as eco-friendly and energy-efficient as possible. These efforts include a shell-in shell facility format to optimize refrigeration, LED prescriptive lighting, high-performance insulated doors, sub-floor heating, and advanced filtration systems. The new facility is currently estimated to save the company more than 1.2 million kWh per year.

To learn more about the alliance with duBreton and North Country Smokehouse’s humanely raised and organic standards, please check out our previous interview here.

Deli Market News will continue uncovering the most groundbreaking company stories in the specialty industry, so stick with us.

North Country Smokehouse has been making some of New England’s finest artisanal meats and cheeses ...