In October of last year, we reported on Tillamook County Creamery Association's (TCCA) investment in the All For Farmers initiative. Making its second annual effort through this initiative, TCCA has now entered an alliance called the All For Farmers Coalition, a group of partners raising awareness of the issues that farmers face and helping amplify fundraising efforts. 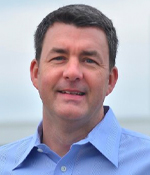 "At TCCA, we recognize it takes all types of farms—from small to large and from coast to coast—for the U.S. food system to thrive at its fullest. We created the All For Farmers initiative as part of our commitment to do right by the future of farming," said Patrick Criteser, TCCA President and Chief Executive Officer. "This year, Coalition partners are also coming on board to show their support and to join us in taking a stand for farmers across the nation."

The 2021 All For Farmers program will benefit American Farmland Trust (AFT) and its "Brighter Future Fund" grant program established in 2020 as a result of a $1.6 million donation from TCCA. In addition to the funds raised through the Coalition, TCCA will also commit a total of $500,000 to underwrite the grant program over the next two years, a press release stated.

TCCA has also partnered with Food52, allowing consumers nationwide to shop the All For Farmers Market, a curated collection featuring some of Food52's most popular brands. At least 10 percent of the proceeds from all Market items will go directly to AFT, including 100 percent of proceeds from the exclusive co-branded Tillamook X Five Two All For Farmers apron. The All For Farmers Market also includes handcrafted food items, cooking and serveware, and entertaining essentials. Food52 Resident Samantha Seneviratne also lends her culinary talents to the campaign, sharing how to make an Autumn Vegetable Tian with Tillamook® Farmstyle Sharp Cheddar Shreds. 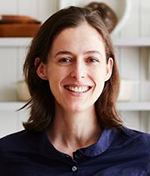 "When TCCA approached us with the opportunity to be part of the All For Farmers Coalition, it was such an easy decision for us," said Amanda Hesser, Founder and Chief Executive Officer, Food52. "Our platform is a destination for people who understand that food is at the center of a life well lived, and that simply isn't possible without the hard work of farmers everywhere." 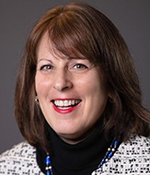 "The donation from TCCA in 2020 was the largest contribution from a corporate partner that AFT has ever received, and it allowed us to accelerate the impact of our direct farmer grantmaking and land protection efforts," said Beth C. Sauerhaft, PhD, Vice President, Programs, American Farmland Trust. "Not only were we able to create the Brighter Future Fund, but we were also able to protect over 8,000 acres of farmland that would have not been possible without this contribution. We are grateful to be partnering with TCCA again in 2021."

The AFT Brighter Future Fund awarded 130 grants to farmers in 25 states in 2020. Ninety-six percent of the 2020 grant recipients come from underrepresented populations in the farming community, including female, non-binary, LGBTQ+, BIPOC and beginning farmers. The 2021 All For Farmers campaign and new Coalition partners will enable AFT to continue the Brighter Future Fund for at least two more years with a goal of raising $1 million for at least 150 grants per year to enhance viability, access to land, and increase resilience.

We applaud all of these ag champions who have come together to protect the future of American farmers.