Snyder's-Lance to Acquire Diamond Foods for Over $1 Billion

Analysts say this snacking deal could be valued at over 1.9 billion dollars

Snyder's-Lance is increasing its portfolio of healthy snacks with this new agreement to acquire Diamond Foods in a $1.27 billion deal. 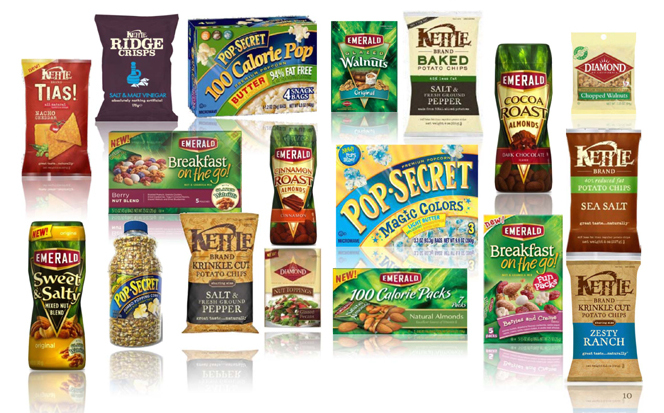 "The combination of Diamond and Snyder's-Lance provides the opportunity to create significant value for our stockholders and offers immediate benefits for consumers," said Brian J. Driscoll, President and Chief Executive Officer of Diamond Foods. "We expect the transaction will provide us with greater resources to further develop new product innovation and broaden our geographic reach and route to market across complementary customer bases.”

"We will have an opportunity to grow internationally with Diamond's existing European platform, bringing unique products to consumers in that market," Snyder's-Lance President and CEO Carl E. Lee Jr. said in a written statement.

According to ABCNews, Snyder’s-Lance estimates the deal will lead to $75 million in annual cost savings, and expects the transaction to immediately add to its 2016 annualized earnings.

While both companies' boards and neithers’ shareholders have yet to approve the deal, they expect to have everything agreed upon by early next year. Once the transaction is complete, Diamond Foods President and CEO Brian Driscoll will join the Snyder's-Lance board.